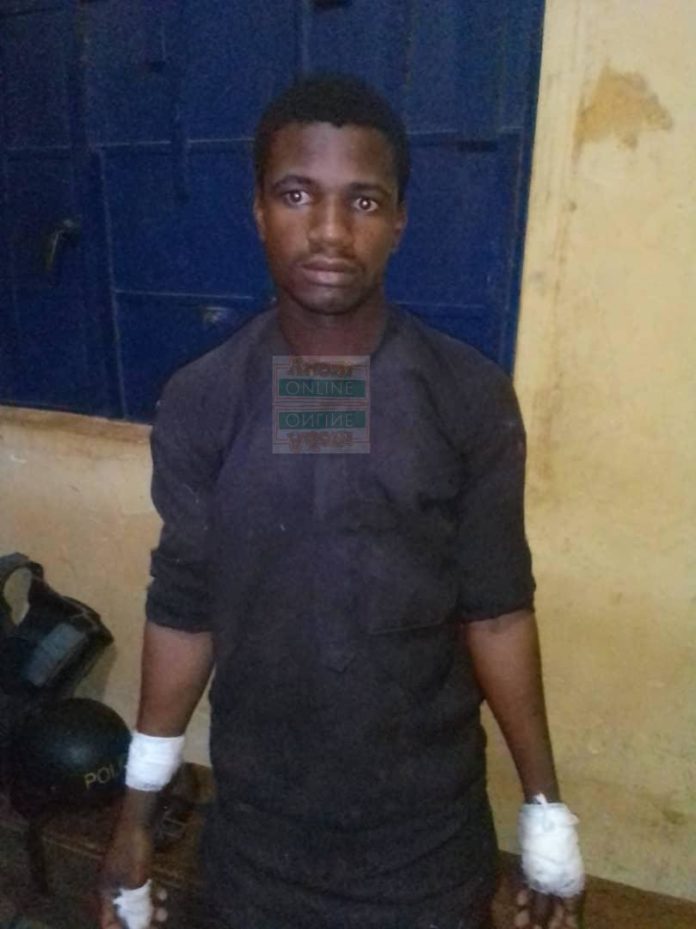 A herdsman, Adamu Jimah, is in police custody over the murder of his friend, Abubakari Osman.

Adamu is said to have butchered his friend over cow milk at Fumboi, a village near Tinga in the Bole District of the Savannah Region.

Bole district Police Commander, DSP Benjamin A. Buxton, who spoke to Adom News disclosed that Adamu was enraged after his friend drank cow milk he had extracted.

The friend’s action and Adamu’s reaction resulted in a fight. Both friends who were armed with a cutlass started a weapon fight.

Adamu is said to have overpowered Abubakari and slashed him multiple times.

DSP Buxton said the suspect decided to transport the victim to the hospital after it became evident that he was losing his life.

However, Community Watchdog Committee accosted Adamu when they saw the victim lying unconscious in the car.

Abubakari Osman is said to have passed on before arriving at the hospital.

The committee marched both the deceased and the suspect to the police station to lodge a complaint.

Adamu was subsequently put behind bars as he awaits an appearance before the Bole Magistrate Court.