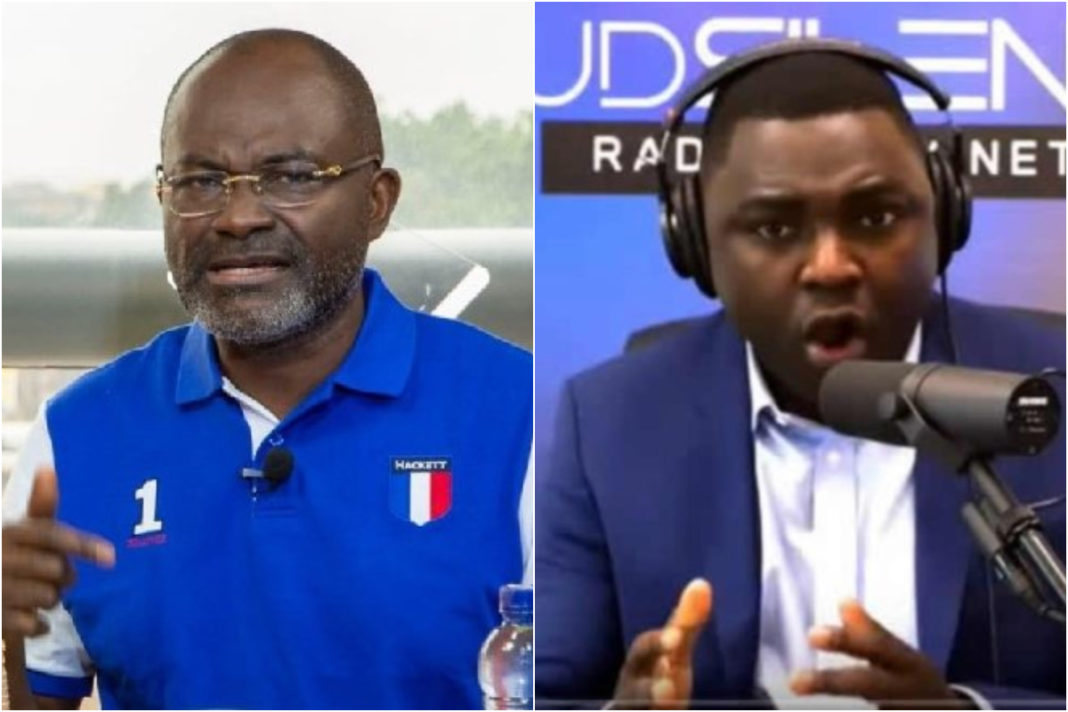 The Member of Parliament for Assin Central, Kennedy Agyapong has bitten off more than what he can chew after his phone number was exposed by Kevin Taylor.

The USA-based Ghanaian journalist revealed the phone number of the loudmouth MP on TV for the public to verify and call him out.

Calls flooded the Kennedy Agyapong’s phone to the point where he had to run to his television station, NET 2, to react to Kevin Taylor.

Kennedy Agyapong explained that since that incident, he received over a thousand calls, the majority of which stated that Kevin Taylor had made the phone number public and that they were calling to verify.

In other news,  Kennedy Agyapong recently revealed that he has been defrauded.

According to the Assin Central Member of Parliament, he was swindled to the tune of a whopping US$7 million.

He made this known during Net2 TV’s ‘The Attitude’ show on August 20 and in his submission, he said;

“Even for me, things are not so smooth for me as you think. I told you last week that I have bought machines worth 7 million dollars for some young boys, they have swindled me, they are still on it, they haven’t changed. Their time will come, my message is that when I was advancing them the money to buy the canon machines if that was all I had, I wouldn’t have given them that money. So I will eat, what pains me is that a 39-year-old boy will swindle me, a 61-year-old man.