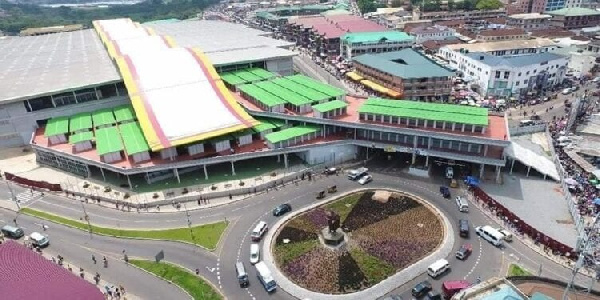 File photo of the Kejetia market

• The traders are said to owe the ECG an amount of GH¢3.6 million in electricty bills

Management of the Kejetia City Market in Kumasi have said the ongoing impasse between it and the traders association has resulted in a debt of GH¢3.6 million owed the Electricity Company of Ghana (ECG).

The development comes after the traders’ failure to honour the payments of their electricity bill for the past four months in protest against overpriced charges.

The traders have also demanded for separate meters before they rescind their decision.

Prior to the impasse, traders of the market have lamented they had to pay about GH¢40,000 worth of electricity bills every month, with each shop paying an average of between GH¢100 and GH¢200 for the period.

To further register their protest against the exorbitant charges, the angry traders placed red flags at the entrance of their shops over the delayed metering process.

Ahmed Kwarteng, an Operations Manager of the Kejetia Traders Association on his part has said they will continue to register their protests until their predicament is thoroughly addressed.