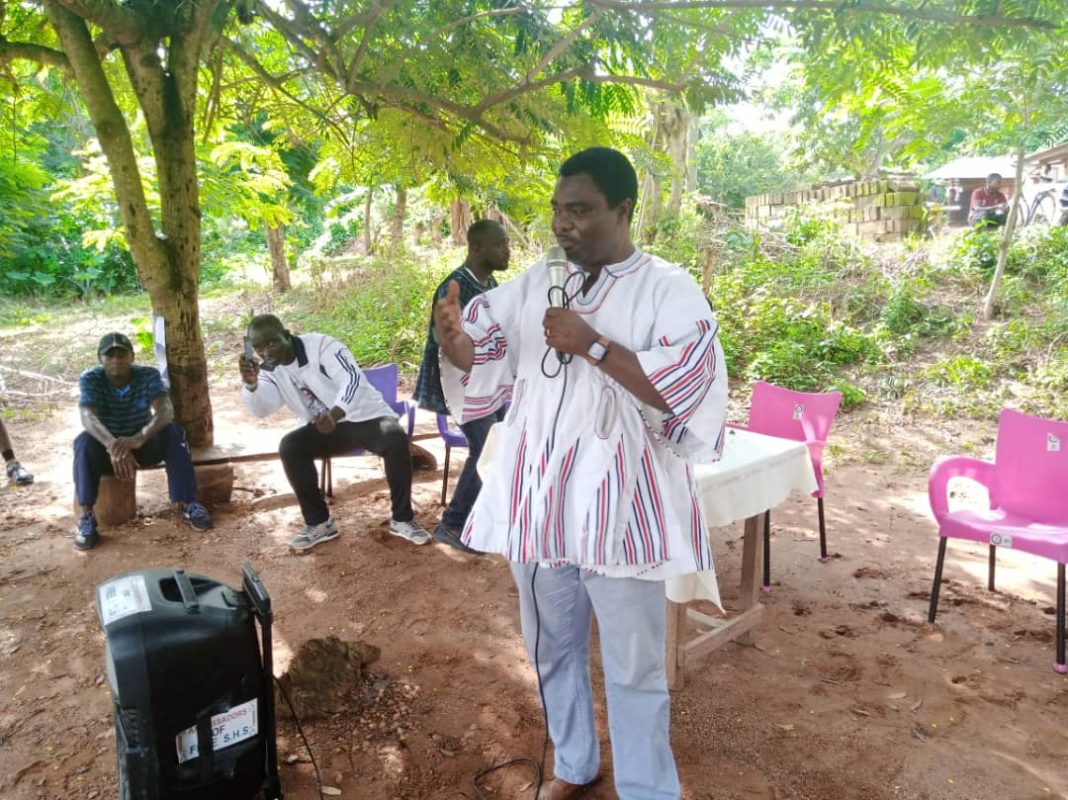 The Member of Parliament (MP) for Suhum in the Eastern Region, Kwadjo Asante, has denied his driver’s involvement in the clash at a funeral that left two injured.

The party’s Lower West Akyem Communications Officer, Bernard Kwesi Amoani, was allegedly slashed with a cutlass on his forehead by someone claimed to be Mr Asante’s driver.

But the MP, in a statement, dismissed the reports that the cutlass used for the act was picked from his car.

According to a witness, the violent attacks happened at the funeral grounds of the late father of one of the party’s communicators known as Opare.

It was alleged to be between supporters of the MP and a Presidential staffer, Frank Asiedu Bekoe, popularly known as Protozoa.

Claims Mr Asante did not admit or decline, instead, he stated the clash had nothing to do with Trades Minister Alan Kyerematen’s supporters and those of Vice President Dr Mahamudu Bawumia.

“I further wish to state that the conflict had nothing to do with H.E. the Vice President Dr Mahamudu Bawumia, or the Hon. Minister of Trade and Industry, Mr Alan Kyerematen.

“I wish to pray that these eminent leaders of my party, the New Patriotic Party, are accorded the needed respect and dignity and not brought into this unfortunate incident,” he cautioned.

Describing the incident as unfortunate, he urged party supporters to remain calm, adding that the party abhors any form of violence.