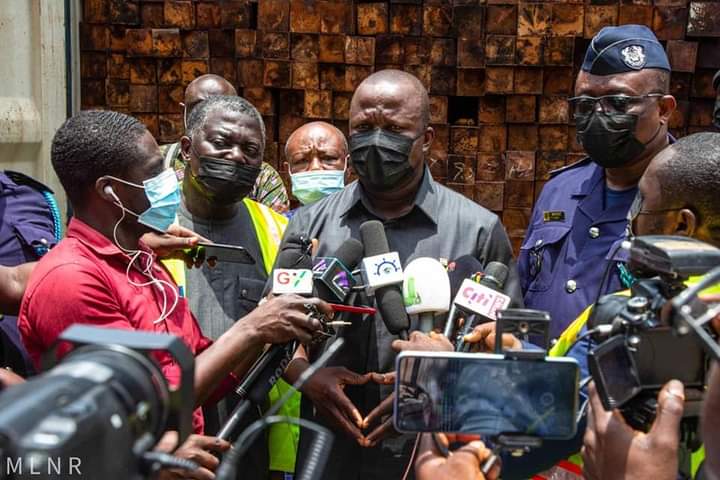 THE Government has handed over 13 impounded Rosewood containers to the National Intelligence Bureau (NIB) for a comprehensive investigation.

The investigation seeks to unravel the persons and circumstances behind the importation of the commodity into the country.

This was revealed when the Minister of Lands And Natural Resources Samuel A. Jinapor stormed the Tema Port to inspect the confiscated Rosewood containers on Tuesday.

The Minister stated that under the instructions of President Nana Addo Dankwa Akufo-Addo, the country has placed an outright ban on Rosewood harvesting and trade, hence the confiscation of the commodity in the country. 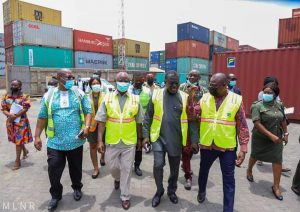 He said based on the provision of the Convention of International Trade in Endangered Species (CITES) five countries in the West African Sub-Region are not allowed to trade in Rosewood.

These are Ghana, Mali, Burkina Faso, Gambia, and Senegal.

These countries, he said, will be discredited for exporting Rosewood illegally out of the country.

He also indicated that Government, in the coming months, will roll out new policies regarding the use of impounded Rosewood.

The Minister said the current enforcement regime on the ban on Rosewood instituted by the government had been successful in ensuring regular confiscation of illegal Rosewood.

He noted that the Ministry was in discussions with its counterpart at National Security to investigate how some persons were continuously making moves to trade illegally in Rosewood.

“We are convinced that there is a very sophisticated cartel involved in this trade and we think that the National Security can unravel.

We have requested the National Security Architecture to assist the Ministry to unravel and enable us better understand the issues and circumstances surrounding the operations of this cartel,” the Minister added.

Mr Jinapor said the fight against Rosewood trade and exportation is about ” Our Country, Natural Resources of our country, the forest cover, about the climate of our country and the fight for all of us.” he concluded.

On Friday, August 27, 2021, 13 containers of Rosewood were impounded at the Tema Port which was believed to have been transported from Nigeria.