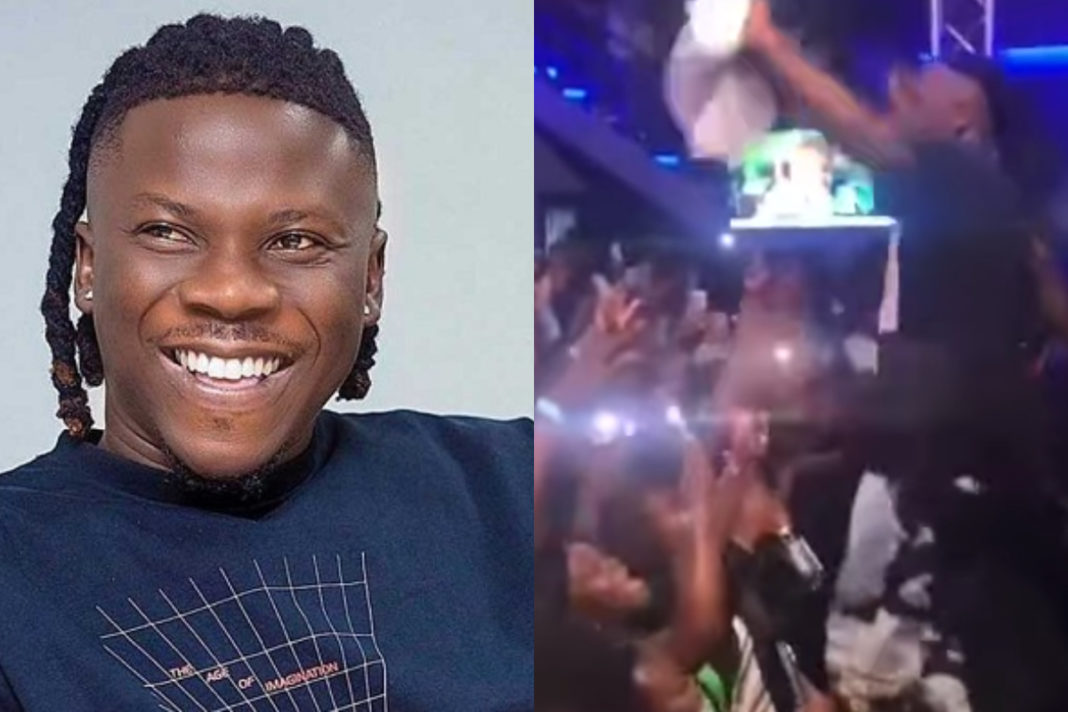 Ghanaian dancehall act, Stonebwoy has shown the deep love he has for his fans who have stood solidly behind him in his rise to stardom.

Stonebwoy was among the artists billed to perform at the just ended yam festival in the United Kingdom and it was nothing short of spectacular.

The fans were pretty close to the stage when Stonebwoy was performing so they tried to get touchy with him. Unfortunately, a female fan in the front got carried away by the excitement and nearly had her wig ripped off her head.

Stonebwoy stepped in and helped the lady fix her hair right in the middle of his performance. The action of the singer has since generated numerous praises from his fans who have praised him for putting up such a kind act.

Meanwhile, the beautiful wife of the musician, Dr. Louisa has taken to social media to share some lovely throwback photos of herself and her husband thanking God for growth.

The mother of two shared these lovely photos in a recent post she made on her verified social media handle on the popular social media platform, Instagram.

she made had the caption;

“Everyone close to me knows how much I love this song. And now I love it even more cos my favorite person is on the remix, so it’s only right that I join the challenge. Thank God for Growth Tag me in your then and now reels..Let’s all have a good laugh #LeGoutDeRemix #TheGlowUpIsReal”