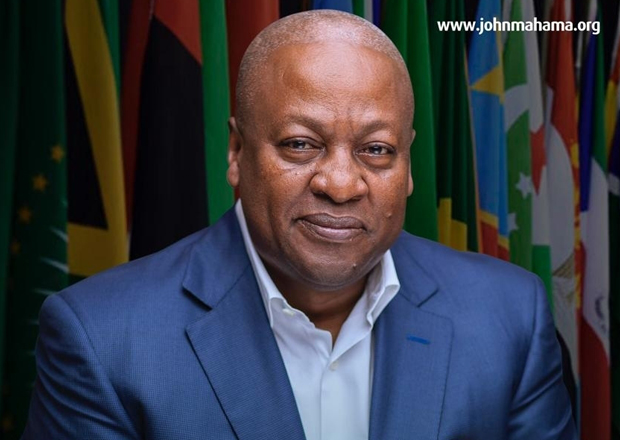 When Did Voting To Reject A DCE Nominee Become An Indictment Of The President?

Sexual Predators Have No Business Around Children

It is quite disheartening to see public officials brashly conspiring and swindling the nation of billions of Cedis to the detriment of the poor and disadvantaged Ghanaians.

A few years ago, it came to light that the Europe’s aerospace multinational Airbus deliberately paid huge sums of bribes to a few countries including Ghana in order to secure contracts during Mills/Mahama administration between 2009 and 2015.

Given the seriousness of the alleged Airbus bribery scandal, President Akufo-Addo dutifully instructed the then Special Prosecutor, Mr. Martin Amidu to probe into the grave corruption scandal.

Following a stern investigation into the apparent damning scandal, the Office of the Special Prosecutor finally concluded that the said Government Official 1 in the Airbus bribery scandal is the former president and the 2020 flagbearer of NDC, John Dramani Mahama.

The report, however, concluded that since we were in the election period and the said protagonist was a presidential candidate, the Office of the Special Prosecutor was not in a position to take any immediate action. How bizarre?

Strangely, however, former President Mahama lividly came out and rubbished the report and referred to the findings of the Airbus bribery scandal investigation as nothing but “stupidity” of the highest order (emphasis mine).

In fact, the Airbus bribery scandal involving some government officials in a few countries, including Ghanaian officials, remains the most single shameful and disgusting scandal of international proportion in the history of Ghanaian politics.

As a matter of fact, in any equitable jurisdiction, the suspects of the revoltingly ugly Airbus bribery scandal would have faced the full force of the law without fear or favour.

It was, therefore, quite ironic that while the erudite English law luminaries were maintaining that the Airbus deliberately paid bribes to some selected countries including Ghana with the view to obtaining contracts, the Ghanaian counterparts, many of whom are the indigenes of Akan, Ewe, Dagomba, Dagarti, Frafra, Kusase, Gonja, Mamprusi, Sisala, Mossi, etc., were contending vehemently that the said payment should rather be called commission and not bribe. How pathetic?

Another area of interest however was the seeming baseless debate that surrounded the identity of the elected government official one, who was cited in the report.

Whilst the critics were arguing somewhat vigorously that the said official could be a prominent member of the opposition NDC, the diehard supporters of the main suspect were incredibly denying such allegation.

Interestingly though, back then, the governance experts maintained that only three people could possibly fit into the description of the said government official one, who was mentioned in the Airbus bribery scandal.

According to the experts, the first suspect should be the first gentleman of the land.

So, based on the experts apt description, the first gentleman during the period 2009 to 2012 should have been the late President Mills.

However, according to the report, the said elected government official one was still in power in 2015, while President Mills had sadly departed from the earth.

So, the late Mills could not have been the government official one, as a matter of fact.

The next possible suspect, according to the experts, should be the vice president of the land. Apparently, the former president and the 2020 NDC flagbearer, John Dramani Mahama fitted that description.

The governance experts stressed further that the other person who could fit into the description of the government official one, mentioned in the Airbus corruption scandal should be the Chief of Defence Staff (CDS).

In practice, therefore, it should not take superior powers of the mind or a professorial in rocket science to arrive at the identity of the said government official one, mentioned in the shameful Airbus corruption scandal.

What, appeared much more bizarre though, was that the offending organisation, the Airbus, somehow admitted under oath paying huge bribes to the representatives of the countries involved, and consequently fined a humongous penalty in excess of £3 billion.

Interestingly, however, the main culprit, who was a top government official one, cited in the report, was, and still is, a prominent member of the opposition NDC. So, the political gimmicks and the seeming denials by the vociferous NDC faithful were nothing out of the ordinary, so to speak.

In fact, the NDC loyalists argument that the Airbus payment was a commission and not bribe was out of order.

If, indeed, the payment to the Ghanaian representatives was a mere commission, how then would the Airbus agree to pay a staggering penalty in excess of £3 billion?

The opposition NDC vociferous communicators should stop throwing dust into our eyes: the Airbus indeed paid massive bribes to the selected countries including Ghana in order to gain trading advantage over its competitors.

As it stands, the top government official one has an opportunity to answer the bribery and corruption charges being levelled against him by the United Kingdom Serious Fraud Office.

The all-important question every discerning Ghanaian should be asking is: will the day come when “Ghana’s political criminals” find they have nowhere to hide?

To me, Ghana’s 1992 Constitution has to be reviewed and the irrational and inexpedient clauses such as the indemnity clauses are expunged and tossed into the dust bin accordingly.

How on earth can individuals commit unpardonable crimes (gargantuan sleazes and corruption) against the state and get away with their misdeeds?

How serious are we as a nation when we can only descend heavily on the goat, cassava and plantain thieves, and let go the unrepentant criminals who persistently dip their hands into the national coffers?

When Did Voting To Reject A DCE Nominee Become An Indictment Of The President?