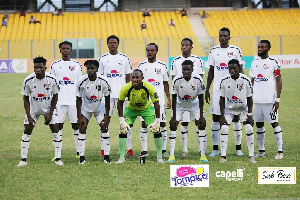 Inter Allies have been relegated from the Ghana Premier League

Ghanaian side, Inter Allies have been ranked as the number one club in Africa with the highest number of outgoing transfers in the last decade.

This was published by FIFA who researched into the transfer dealings (sales) of clubs in every confederation over the past decade.

Allies have managed to sell as many as 64 players with the closest challengers being Wadi Degla of Egyptian who sold 52.

Majority of the players were sold to Scandinavian clubs notably in Swedish, Denmark and Norway.

They were relegated from the Ghana Premier League at the just concluded 2020/21 season after an eight-year stint.

But the club started their transfer dealings when they were in the second-tier of Ghana football.