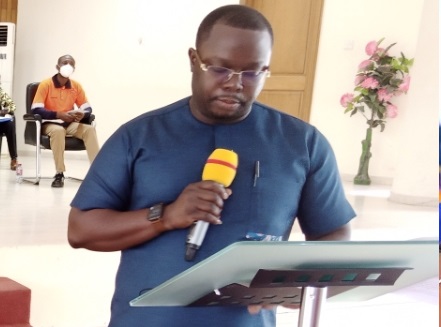 The Ghana Mine Workers Union (GMWU) of the Trade Union Congress Ghana (TUCG) has called for the annual mineral royalties allocated to the Mineral Development Fund (MDF) to be increased to at least 50 percent from the current 20 per cent.

The Union also called for 50 per cent of the revised 50 percent allocation to the MDF to go directly into mining communities’ development.

The Union made this call at its National Executive Council meeting held at Tarkwa, to review its activities for the first-half of 2021 in order to guide the remaining half of the year.

He noted that if indeed the country is committed to the transformation of mining communities as was envisioned in the Mineral Development Fund Act, then it must review the percentage of the royalties that go into the MDF.

“Indeed, as we highlighted in our press conference preceding the annual mineworkers’ week celebration to illustrate the lopsided sharing model of the Mineral Development Fund, which is still relevant today, we stated that for the year 2020, producing mining companies paid a total of about GHs1.4 billion in mineral royalties to the GRA. Pursuant to Section 3 (a) of the Mineral Development Fund 2016 (Act 912), only 20% (GHs 278 million) of the above mineral royalties is expected to go to the MDF.

MDF also gave 20% (GHs 56 million) of its share of the royalties to the Mining Community Development Scheme (MCDS) set up under it for mining community development. The rest of the MDF share of royalty funds go to the Office of the Administrator of Stool Lands (50%), Minerals Commission (13%), Geological Survey Authority (8%), Research (5%) and Ministry of Lands and Natural Resources (4%),” he said.

Mr. Andoh said in essence, the government made only 1% of the mineral revenue in 2020 available under its current arrangement for the development of the numerous communities affected by mining operations.

“This is woefully inadequate and therefore unacceptable. Indeed, to make matters worse, the GRA and by extension the Ministry of Finance has not only consistently delayed the release of the MDF contribution but also reduced the quantum because of the application of the Earmarked Funds Capping and Realignment Act 2017 (Act 947).

For instance, in 2020, a little above half of their paltry share of mineral revenue was released which further reduced the MCDS’ quantum which clearly undermines the whole idea of community development,” he stated.