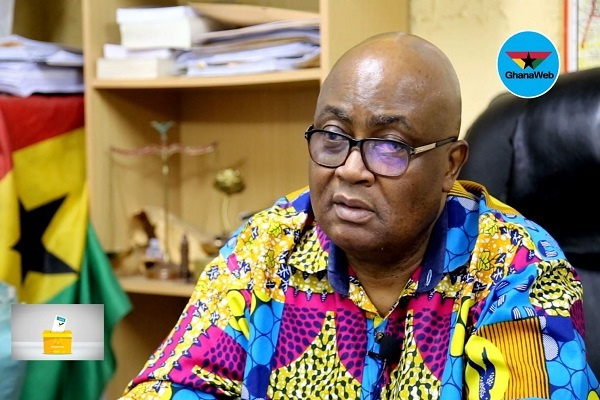 Pollster, Ben Ephson has urged the Ghana Police Service to strongly deal with the driver of an MP who attacked a member of the NPP communications team with a cutlass during a funeral at Suhum in the Eastern region over the weekend.

Speaking on the Morning Starr on Monday, Mr. Ephson said the Police must be strict and let justice prevail to prevent further acts likely to happen within the coming months.

“I think the police and gov’t need to put their foot down and let justice prevail. Somebody should be punished. The MP’s driver didn’t go to town and buy the cutlass, he had it in his car and that’s not good enough.

“For the NPP, unless the police clamp down on this, unfortunately, we’ll see a lot of violence in the party in coming months.”

At least two persons sustained injuries during clashes between two rival groups of the ruling New Patriotic Party (NPP) in Suhum Constituency of the Eastern Region.

Bernard Kwasi Amoani, 51, sustained a deep cutlass injury in the head in the melee. He is on admission at the Suhum Government Hospital while Alexander Odei who suffered a minor injury on the upper lip has been treated and discharged.

The chaos was triggered when Frank Asiedu Bekoe, popularly known as Protozoa eyeing to unseat the incumbent Member of Parliament Boafo Kwadwo Asante, and some party communicators and Serial Callers attended the funeral of the late father of one of the communicators identified as Opare on Saturday, August 28, 2021. While at the funeral, the Member of Parliament and his entourage led by the Constituency chairman Frederick Ofosu also arrived.

Tension began to build up when followers of the MP allegedly started casting aspersions on Protozoa and his group and even blocked them from greeting the MP.

Mr Odei popularly known as Big Deal took the microphone to announce that they were leaving for other engagements but wanted to place on record that they have been prevented from greeting the MP.

This did not sit well with supporters of the MP who attacked him sparking the free for all fight. The driver of the MP Jamalo allegedly pulled a cutlass and inflicted a wound on the head of his victim.

“When we went the MP and his entourage came to meet us the serial callers and Protozoa at the funeral. So the MP thought it was Protozoa who brought us there so he blocked us from greeting him. So one guy by name Big Deal went to take the microphone to announce that we were leaving for another engagement but placed on record that the spokesperson for the MP says the MP doesn’t recognize us so if the mourners did not see us greeting the MP it wasn’t deliberate. So Hannah went to forcibly take the Mic from him, subsequently, Nana Obo went to slap him and the Communication officer from Asamankese attempted to separate them to restore calm but he was hacked,” an eyewitness said.