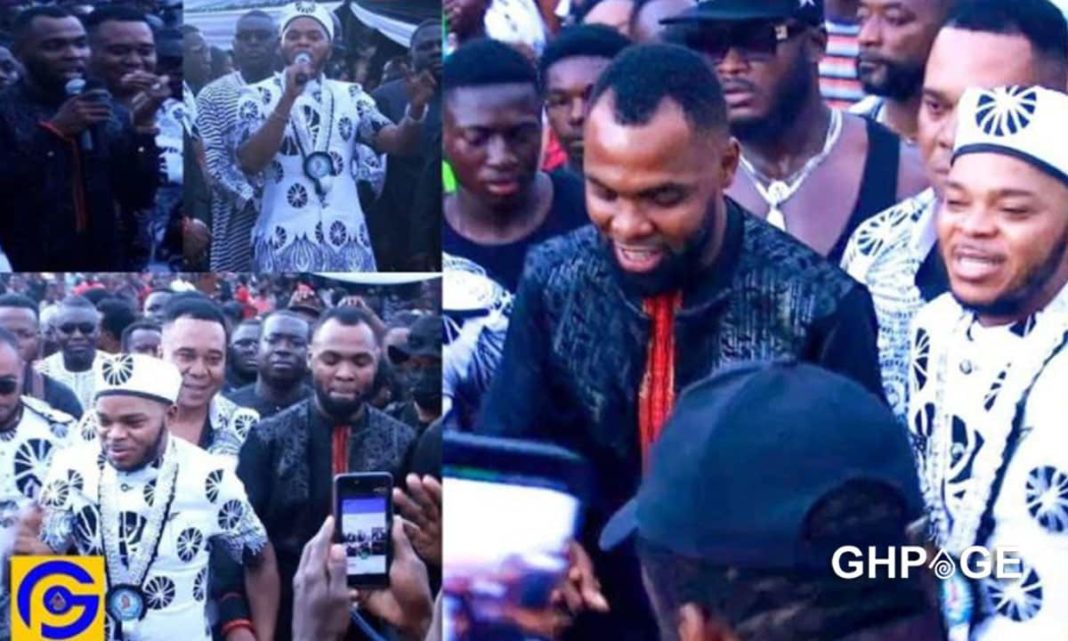 After seemingly quashing their animosity on live TV, Reverend Obofour and Bishop Daniel Obinim took things further to prove that indeed they have united and renewed their friendship.

During the final funeral rites of Bishop Obinim’s late father, James Kwadwo Bonsu, on Saturday, August 28, 2021, Rev. Obofour made a grand entrance at the funeral grounds with scores of people in his entourage, flanked by security men.

Obofour – enstooled as Nii Adotey Gyata I – went round to exchange pleasantries with some of his colleagues and other mourners before proceeding to take his seat.

Later, Rev Obofour was greeted with dance from a distance by his former rival Obinim, who had changed his red traditional funeral attire into white and black apparel.

He effortlessly reciprocated the dance from where he was seated through a procession with rhythmic steps to the Highlife music buzzing from the speakers.

The two pastors met halfway at the funeral grounds amid cheers from the patrons.

Rev Obofour and Bishop Obinim’s gesture towards each other altered the sad mood of mourners into exhilaration while bills of money were sprayed on them.