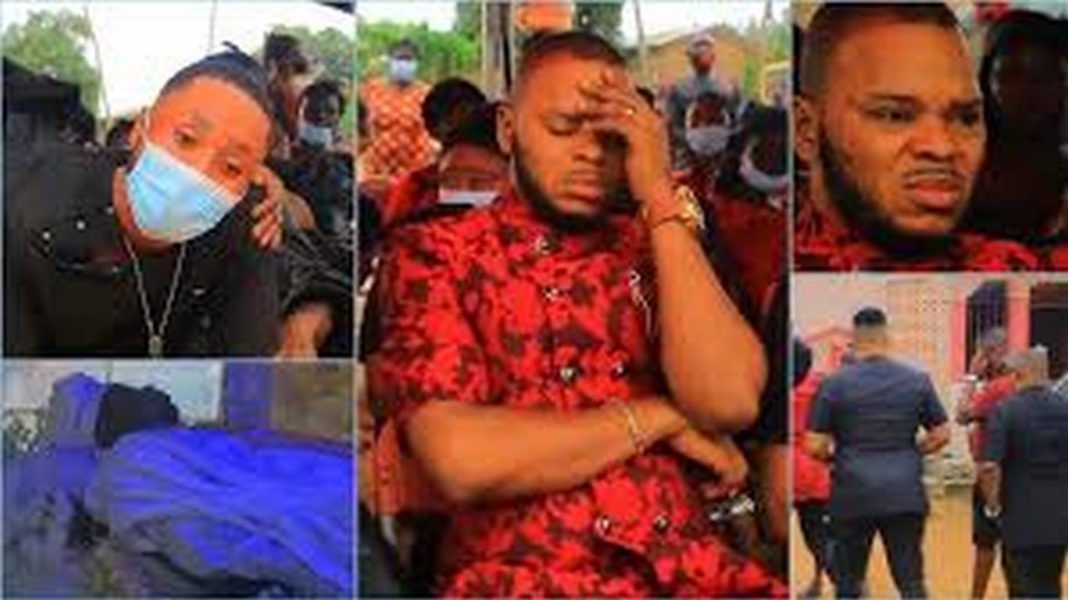 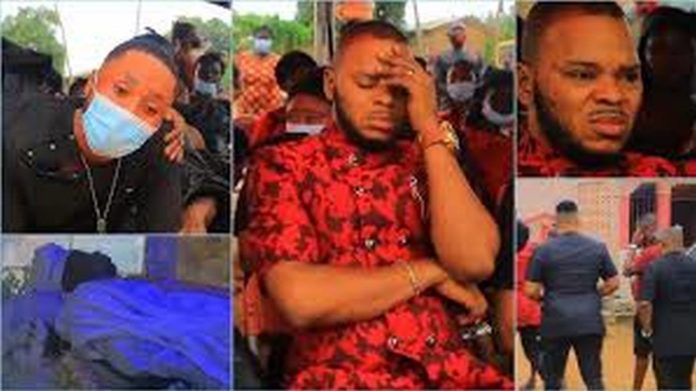 Scores of Ghanaian pastors turned up in their numbers to mourn with their colleague, Bishop Daniel Obinim over the death of his father, Kwadwo Bonsu.

The solemn ceremony took place at Abuakwa Sepaase in the Ashanti Region on Saturday, August 28, 2021.

Notable among them were the Founder and Leader of Anointed Palace Chapel Reverend Francis Kwaku Antwi aka Obofour and the founder of the Glorius Wave Chapel, Prophet Badu Kobi.

The rest were the head pastor of Heaven’s Gate Ministry, Prophet Nicholas Osei aka Kumchacha, the General Overseer and the Founder of God’s Crown Chapel, Rev Reindolph Oduro Gyebi aka Eagle Prophet and Prophet Agya Dan, among others.

There was a loud cheer from the mourners when Reverend Obofour made a grand entry under an umbrella.

Prophet Kobi on the other hand was captured in a somber mood at the funeral grounds in the company of his entourage.

The late Kojo Bonsu, believed to be in his seventies, passed on on Friday, April 9.

He was reportedly rushed to a hospital at Bosomoe in Kumasi after complaining of feverishness and died shortly after.