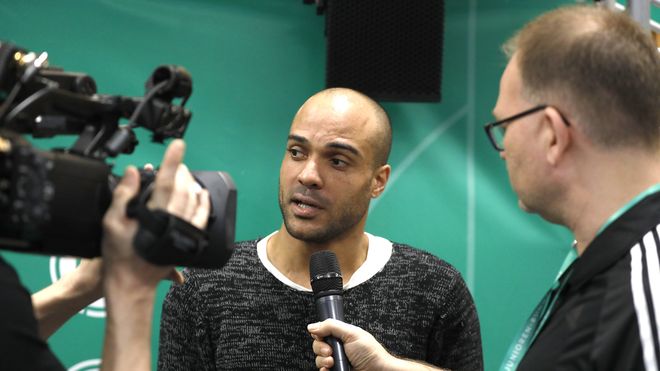 David Odonkor’s father is Ghanaian while his mom is German

David Odonkor has become the second former Germany international to sign for Dortmund sixth-tier side TuS Boevinghausen, the club said on social media.

“He is eligible to play immediately and can already be there in our first championship game on Saturday,” the club said late Thursday.

Odonkor will not only contribute on the pitch but will also help with marketing “and bring his full expertise,” according to Boevinghausen.

Kevin Grosskreutz, 33, a member of Germany’s World Cup winning squad in 2014, had previously signed for the club.

The 37-year-old Odonkor ended his professional career in 2013 and has since coached in lower German leagues and in the Turkish second division with Eskisehirspor.

Odonkor was a surprising nomination for the home World Cup in 2006 where he contributed surging runs down the right wing, most notably setting up Oliver Neuville’s stoppage time winner in the group game with Poland.

He earned 16 caps for Germany, scoring once, and domestically played for Borussia Dortmund and Real Betis.