Twerking is not a sin, expect more – Akuapem Poloo 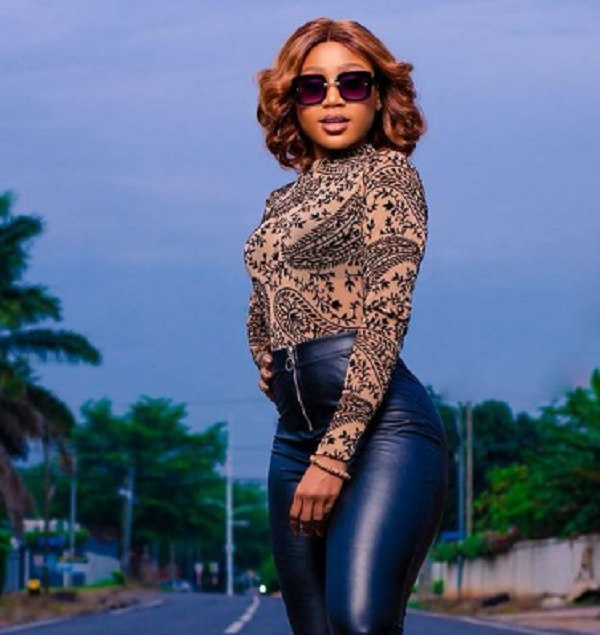 • Akuapem Poloo has replied critics of her twerking video

• The actress has revealed that she twerks to promote her business

• She added that twerking is not a sin

Actress and video vixen, Rosemond Brown, popularly called Akuapem Poloo has taken a swipe at persons who criticized her for posting a twerking video on her Instagram page on Monday.

According to some Ghanaians, the twerking video came as a surprise following the actress’ declaration that she was not going to promote nudity on her social media platforms in 2020.

It would be recalled that Poloo was sentenced to a 90-day jail term for the publication of nude photos of herself and her son. She was later granted GH¢100,000 bail.

Akuapem Poloo was captured on her bed twerking to Sarkodie’s song where the artiste mentioned Akuapem Poloo’s name in one of his verses.

But reacting to the backlash over her twerking video, Poloo in an interview on Okay FM on Friday said:

“I am not going nude, I said no nudity, I didn’t say I won’t dance to promote things to feed myself again.”

She further added: “I am going to promote the song because he put respect on my name. To mention my name (in the song) means Sarkodie loves me earnestly and he supports me. When they arrested me he stood for me, why won’t I twerk to his song?”

In a separate video posted on her Instagram page, she revealed that she twerks to promote her products adding that she can’t fathom out reasons for the attack.

“I never knew that twerking is a sin in this country because I know twerking is a form of dancing and exercise and you all that I twerk to promote people’s music to get paid to take care of myself. I twerk to entertain my customers who buy Sexy Poloo Pure Honey. I am so disappointed they always look for the bad things to publish.”