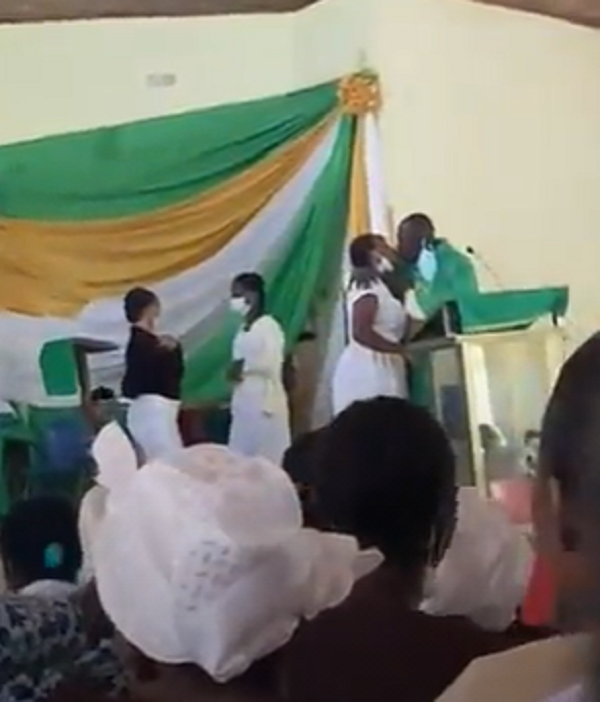 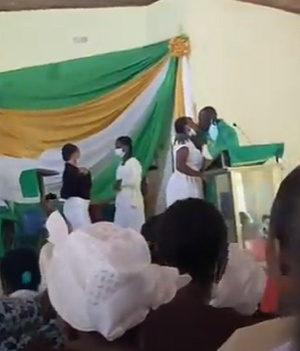 Educational Resources, a non-governmental organization (NGO), has called for sexual harassment policies to be instituted in all educational institutions across the country following the Anglican priest who was caught kissing some female students at the St. Monica’s College of Education during a church service

Social media went berserk when the video hit the internet as users expressed different views on the matter. While others saw nothing wrong with it, others thought of it as being sacrilegious.

Others also described it as being unlawful. At the time, the details were still sketchy so some users who seem to have information volunteered it.

The priest who has been relieved of his duty apologized for his action.

Educational Resources said in a statement on Friday, August 27, 2021, that “The video itself is a chilling depiction of our attitudes towards the issue of sexual harassment. The impunity with which the priest summons the girls for a kiss on the lips, one after the other, in the full glare of other students and the wild cheering from the audience of students shows an appalling abuse of power on the part of the priest, and an equally shocking level of naivety on the part of the students, who did not seem to realize that something very wrong was going on.”

“As the uproar subsides, Educational Resources would like to put across some points for consideration by the Ministry of Education and the Ghana Education Service.

“There is the need to have written policies on sexual harassment for teaching and non-teaching staff at all levels of education in Ghana. Such policies must clearly define the types of sexual harassment and give examples of inappropriate behavior, for the avoidance of doubt.

Typically, harassment of students by staff may be the quid pro quo type, where sexual favours may be solicited in exchange for grades or other privileges or the hostile environment type. Policies must also take cognizance of the fact that harassment may also occur among students.”

“Sexual harassment policies must spell out clear grievance procedures that must be followed once an incident occurs. It may be useful to have a Complaints Manager at the District level to deal with such issues, since school administrators may be tempted to sweep incidents under the carpet.

“Training must be given to school administrators and staff on sexual harassment, what it is, how to avoid it, and how to deal with complaints.

“Training must also be given to students on sexual harassment and the grievance procedures when it occurs. It is clear that many students are not aware of what constitutes sexual harassment. Their predicament is made worse by societal norms which prescribe that one’s elders are always right.

“It must be made clear that complaints would be treated with anonymity to avoid victimization. It is also critical that there are adequate punitive measures that are enforced to act as a deterrent to others.

“Let us remember that Sustainable Development Goal (SDG) 4.a among others requires us to provide safe, nonviolent, inclusive, and effective learning environments for all.

“It is imperative that all stakeholders come together to create harassment-free atmospheres for teaching and learning.”