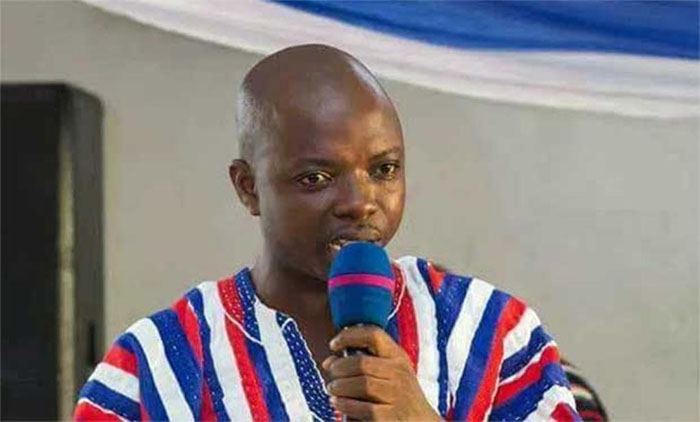 DELEGATES IN Kintampo South Constituency in ongoing delegate conference have hailed the Bono Regional Chairman of the ruling New Patriotic Party (NPP), Kwame Baffoe, aka Abronye DC, for doing well to explain achievements of government through his media programmes.

They said Abronye has been appearing on various television programmes, particularly Net2 Television and Wontumi TV to continuously explain the government’s good works, and that is resonating with the public.

“It is as a result of Abronye’s continuous education on TV that we are able to see vivid pictures and videos of government projects dotted around the country,” some polling station executives, led by Allen Ofori, disclosed this during constituency delegate conference held at Amoma Nkwanta in Kintampo South of Bono East Region.

He said “it is only Abronye who exposes orchestrated lies of the opposition NDC that government has not done anything. He mentions places where ongoing projects, especially 1D1Fs, are located and challenges residents of such communities to prove him wrong. We need more of such efforts for the people, especially those in the rural areas, to see the good works of the Akufo-Addo-led government.”

He suggested the party use cinema vans in rural communities to show the people government’s achievements, saying “a lot of people are not aware of government projects and how well the government is doing.”

During the conference, constituency and regional executives are also to give accounts of their stewardship on financial accounts, organisations on other party activities over the years in their respective constituencies and regions.

At Kintampo South delegate conference, one of the changes delegates suggested was that position of council of elders should be elected and not appointed as it currently exists.

The Constituency Chairman, Opoku Nyami, pleaded for unity among  the party’s rank and file.