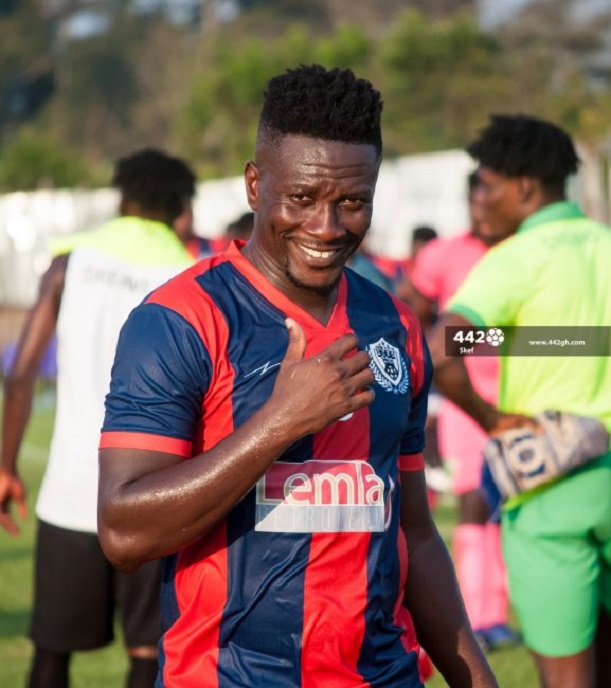 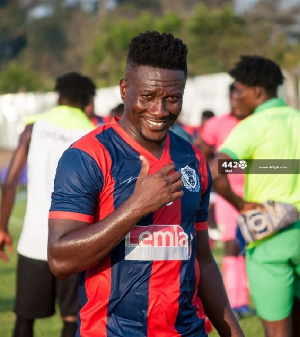 The all-time top-scorer for Ghana returned to the Ghana Premier League last season after 17-years.

The enterprising forward enjoyed a decent campaign with the moneybags in the just-ended season helping the club to survive relegation.

Despite Gyan missing a chunk of games last season, Attuquaye believes he played a leading role in the club.

Speaking on Angel TV, Jonah Attuquaye was full of praise for Legon Cities management for the acquisition of the former Sunderland forward, saying it is a dream come true sharing the dressing room with him.

“It’s a dream come true to play with Asamoah Gyan, judging from his performance, I could see that he is a very good striker as he kept proving beyond every reasonable doubt that he is very good at what he does.”

“I will thank the management of Legon Cities for bringing Gyan because he has been a good advisor to me. He talks to me before, during and after matchday and that helped me last season.”

“At training or even on the pitch he tells me what to do and that is why I mostly run to him whenever I score,” he said.