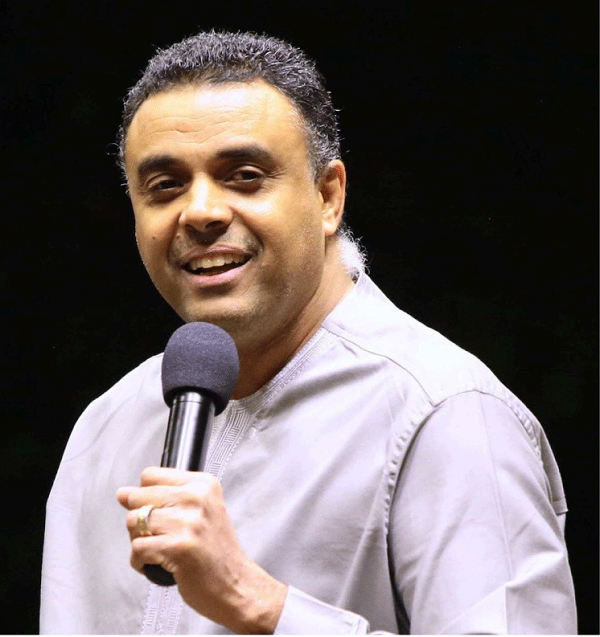 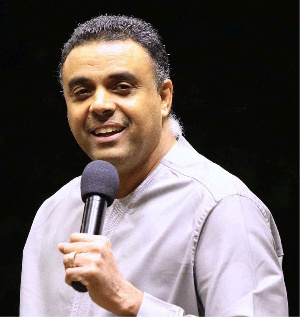 • The full details of the investigations overwhelmingly exonerate LCI Ghana

The detailed document by the Social Security and National Investment Trust (SSNIT) on its findings that overwhelmingly exonerated the Lighthouse Chapel International Ghana (LCI Ghana) in the case of some six former pastors of the church and their claims of non-payment of their contributions, has been cited by GhanaWeb.

In its defense, the church, now known as the United Denominations Originating from the Lighthouse Group of Churches (UD-OLGC), maintained that it operates an extensive lay system that allows individuals to serve as volunteers while maintaining their secular engagements.

Also, it averred that there were thousands of pastors of the church who had operated for years in such capacities as volunteers.

It has also argued that the Ghana church is a legally, financially, administratively and governmentally independent organization from all the other LCI churches domiciled in other parts of the world.

However, the church has stated that, the only similarity it has with all those other churches is their spiritual relationship, adding that any pastor sent outside this jurisdiction does not fall under the employment of the Ghana arm of the church.

Among the other claims, the former pastors are asking of the court, an order to compute and pay the balance of salaries due them, compensation for what they say are the investments they made in schools and churches, as well as refunds of monies they used in the rental of cars while serving in the church, among others.

As indicated by the LCI Ghana, SSNIT corroborates its defense that the pastors, while working under the Ghana mission, had their contributions paid.

“From the review of the correspondences and evidence adduced by the complainants (the Bishops and Pastors) as we all as those submitted by your representatives and the discussions for proof of negligence to pay social security contributions by Lighthouse Chapel International Ghana (LCI Ghana), we inferred that LCI Ghana paid contributions for the period of employment to discharge its obligations under The National Pensions Act 2008 (Act 766),” the report stated.

In the specific breakdowns of the cases of each of the pastors, SSNIT stated that within the periods they worked in the jurisdiction of Ghana, all but Emmanuel Oko Mensah’s May 2019 contributions were fully paid.

It continued that “This was because he was in the employment of LCI South Africa and Madagascar respectively, and not LCI Ghana. For the other period under contention, (November 2001 to May 2005), we could also not establish employer/employee relationship, based on records provided and pour own investigations.”

SSNIT however stated, under its finding on Emmanuel Oko Mensah, that unlike the others, they “did not find any employment document contrary to what was available to us, for the period under contention apart from May 2019 where his name was cited on your PAYE records.”

The Trust however clarified that it only noticed one month within the year 2019 where the contributions of this pastor was not paid and has since directed the church to do so.

“On the basis of that, you are requested to submit a contribution report to the nearest SSNIT Branch for validation and subsequently, pay the contribution amount and any penalty for the period May 2019,” it concluded.

The document, signed under the name of Felix Cudjoe Ahiable, Compliance Manager at SSNIT, concluded that the church was not found liable in this case, except in that May 2019 instance.

See the full document below 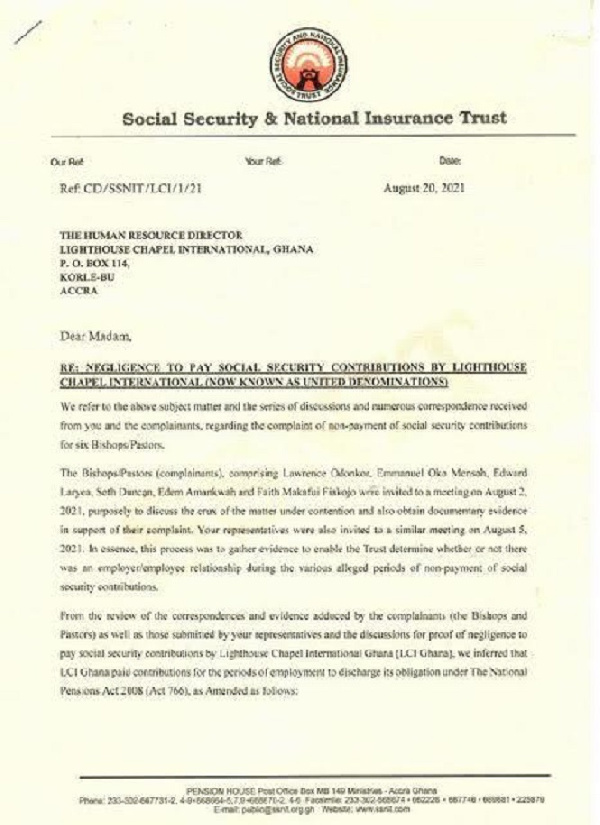 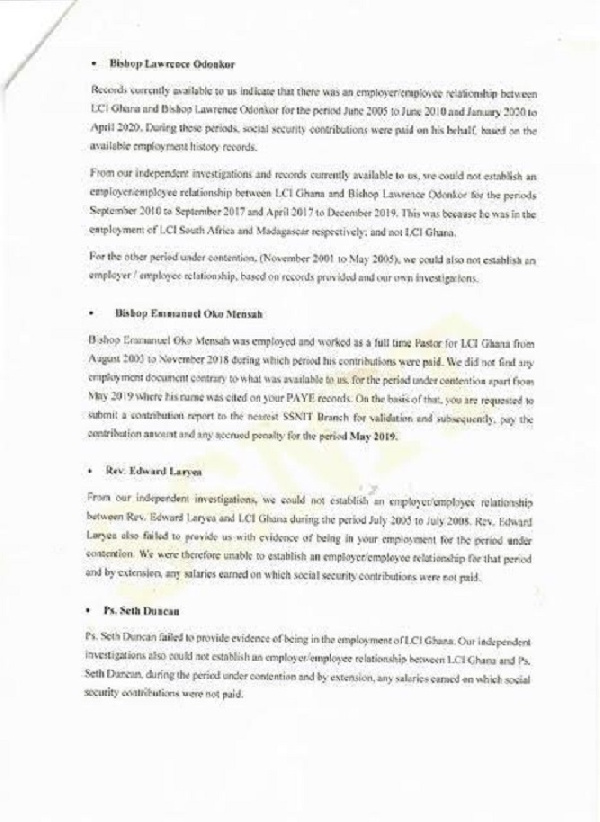 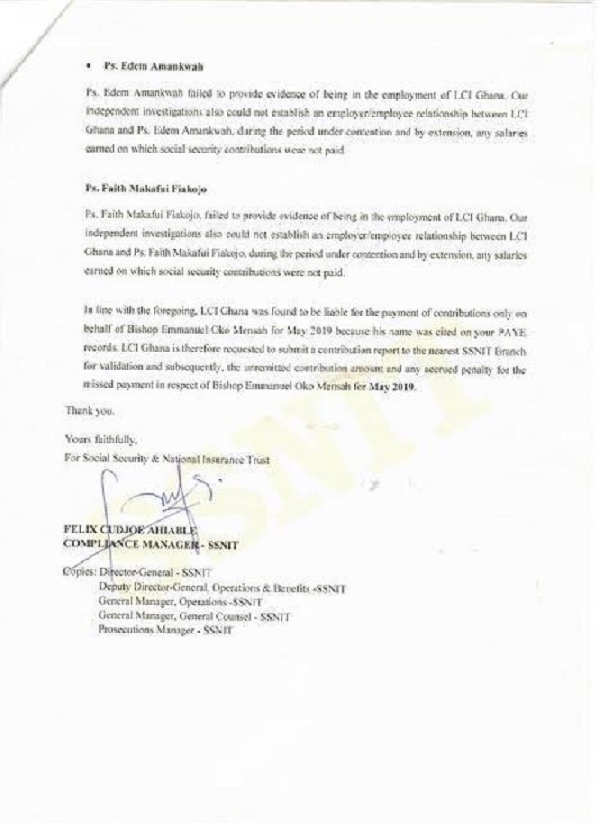