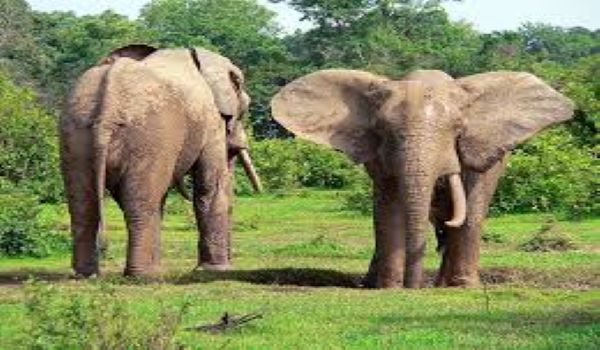 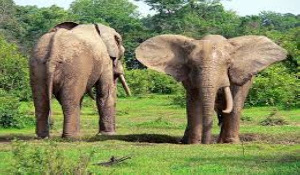 The third elephant escaped into the forest after the incident

The Wildlife Division of the Forestry Commission is hunting for an elephant that killed a 42-year-old farmer in Yankajia in the East Mamprusi District in the North East Region of Ghana.

However, the two other elephants were killed instantly after the community members heard about the farmer’s death, leaving the one who managed to escape into the forest.

After the incident that occurred Wednesday, officials of the Wildlife Division arrived in the community searching for the animal.

Joseph Binlinla, the Regional Manager in charge of the five regions of the north of the Wildlife Division of the Forestry Commission, said, “I mobilized my men to go to the field, and our first point of call was to report the incident to the police. Three of the elephants moved away from a herd of other animals into the community.

“A lot of people who saw the animals rushed to catch a glimpse of them, and in the midst of the euphoria, a young man took his phone and started filming.

“He got too close to the elephants, and because of the flashlight on the phone, the animals’ sensed danger and attacked the people; unfortunately, the man lost his life, so it is one person and not two people who were killed”. He told the host of the Sunrise morning show on 3FM, Alfred Ocansey.

“We are still on the field doing investigations, and as soon as it happened, the community mobilized and gunned down two of the animals. We are still tracing the whereabouts of the third animal to see if it had been hit with a bullet”.

Joseph Binlinla confirmed that, although the animals are free-ranging animals, the Wildlife protects all animals in the forest areas.

“The animals have migrating routes, so they keep moving around from Burkina Faso into Ghana and then into Togo and back to Burkina Faso. So this is historic. The elephants came there some time ago but stayed away for a long time and until yesterday when they returned. The elephants, when they arrived, stayed in the community for three days. There was no news of them attacking people until the community people pursued them and they got them killed”.

According to the Wildlife division, they use drones to monitor the animals’ movement but have no control over them. He said from time to time, they do conversational education, so people are aware of these stray animals.