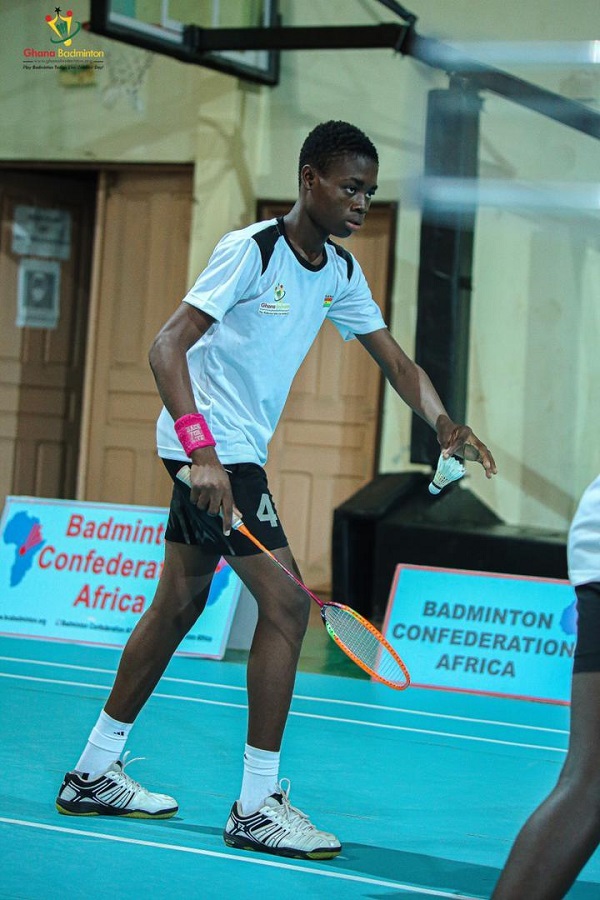 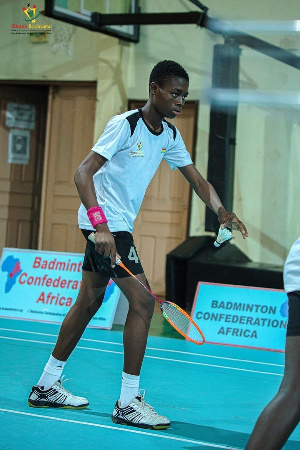 A photo of one of the players

Two Ghanaian players, Shang Nii Francis Obeng and Adu-Mintah Obabompa have secured qualification to the semifinals stage of the ongoing All Africa U-15 Badminton Championship played on Wednesday night at the Stade de l’amitié Générale Mathieu in Ouidah, Benin.

Obeng Shang braced all odds to secure a slot in the semifinals in the Boys Singles and again cruised to the last four stages with Obabompa in the Boys Doubles category. The duo silenced Omar Ali+Mostapha Ahmed Hamdy from Egypt with 21-13, 19-21, 21-15.

Obeng Shang brushed aside competition from compatriot, Obabompa to eliminate him in the quarterfinals stage with a scoreline of 21-17, 21-14.

The 13-year old will meet Egyptian Ziad Hesham whilst he and Obabompa face Mauritius’ pair P. B Dusyant and Tejax Savoo in the semis.

In the Girls Singles quarterfinals, Egyptian, Hadia Ahmed Hussien, denied Rachael Quarcoo a place in the semifinals. It was the Ghanaian who won the first set but the opponent came stronger in the other two sets to advance to the next stage. The game ended 17-21, 21-17, 21-19.

In the Girls Doubles round 16, Youssri Moha Latif+Fatema Mohammed from Egypt defeated Ama Korama Moslena Adu+Rachael Quarcoo 21-18, 21-9. The Ghanaian pair lost in both sets to end their dream of picking a medal in the Girls Doubles category.