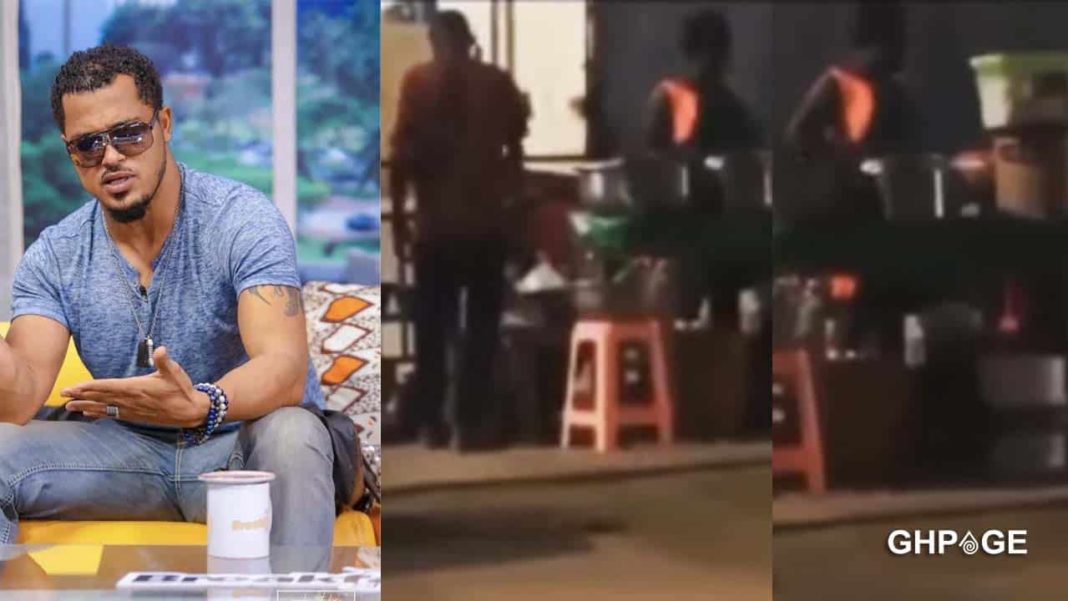 Van Vicker has lashed out at the owner of the chop bar joint located on the Pokuase highway which has got Ghanaiasn angry and asking questions.

The viral video that surfaced on social media showed a man pounding ‘fufu’ on the Pokuase interchange pavement by the roadside and a woman standing behind a table with food arranged on it.

The award-winning actor who is not to fathom why someone would choose to establish a chop bar on a highway questioned how can the country progress with such an attitude.

He posted: “How can one get up and mount a chop bar on a major interchange road, a newly constructed one for that matter. How do we progress as a people? So it is #letsfixthecountry (together) NOT ENTIRELY (the gov’t should) #fixthecountry”