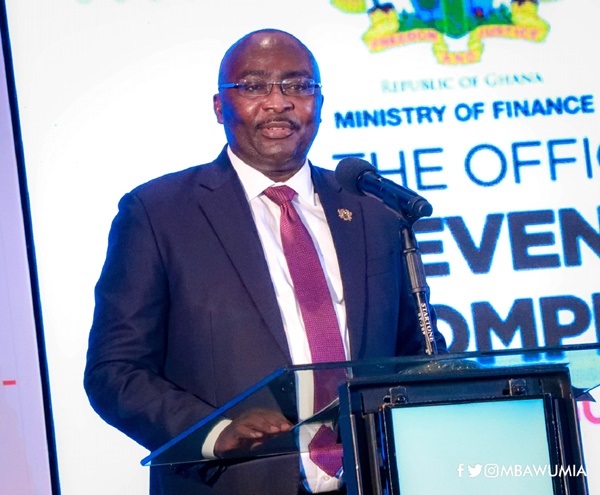 Vice President, Dr. Mahamudu Bawumia has said government plans to by the end of October this year introduce a Mobile App to shore up its efforts in filing and collecting taxes.

According to him, the move is aimed at increasing domestic revenue mobilization, tax compliance and enforcement made easier towards the contribution of domestic revenue to the nation’s GDP.

Speaking at the launch of the Revenue Assurance, Compliance and Enforcement (RACE) initiative in Accra, Dr Bawumia said the Ministry of Finance and the Commissioner-General of the Ghana Revenue Authority, working with the Economic Management Team, have initiated work on the mobile application.

“I am happy to announce that the mobile application for the simplified filing of taxes should be ready by end of October this year. The idea is to have a mobile app where an individual or enterprise will have to input just a few pieces of information and tax due will be automatically calculated for you and you can pay on your phone and receive a receipt immediately,” the vice president explained.

The RACE initiative is aimed at increasing increase domestic revenue mobilization towards a more financially dependent country and providing an oversight role in the Ghana Revenue Authority’s effort at taxpayer compliance.

How a herder became valedictorian at graduation