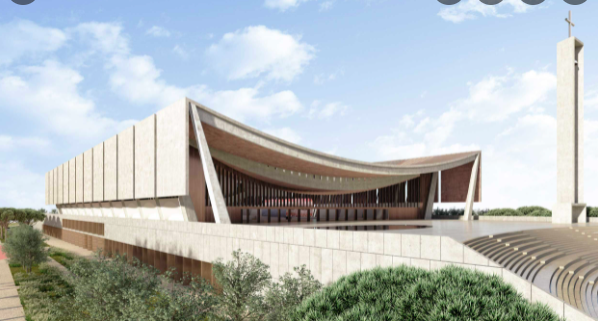 Despite varied opinions over the construction of the National Cathedral, the Akufo-Addo government has determined to move ahead with plans to complete the edifice with the premise of generating revenue and international tourism traffic.

Already the government has made a passionate appeal on citizens to donate 100-cedis-a-month in a bid to mobilise support for the cause.

The building of the Cathedral which is expected to be completed by March 2024 is in fulfillment of a pledge made by President Akufo-Addo in 2016. It is expected to feature banquet halls, bible museums and other multi-purpose facilities.

And the good news is that Reverend Victor Kusi Boateng who happens to be the secretary to the Board of Trustees for the National Cathedral has revealed the edifice will have a ‘biblical restaurant’ as part of its iconic features.

“The structure will have other iconic features like the state-of-the-art Bible Museum, which will be second largest in the world, a biblical garden with every fruit in the bible grown there, we have a biblical to serve all foods heard from the bible,” Rev. Kusi Boateng said.

As a reminder, the construction of the Cathedral is estimated to generate US$83 million in economic tourism revenue for the country called Ghana within the first three to five years of completion.