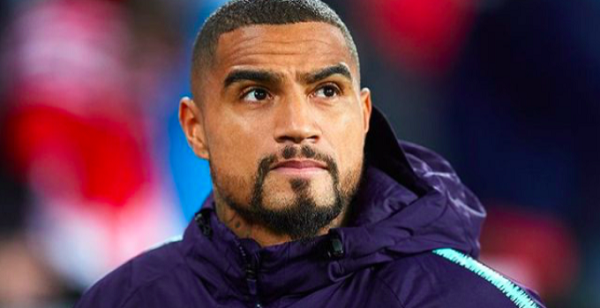 Hertha Berlin midfielder Kevin-Prince Boateng is an injury doubt for the side ahead of their Bundesliga clash against champions Bayern Munich on Saturday.

The 34-year-old picked up an injury during the side’s 2-1 defeat at home to VfL Wolfsburg at the weekend.

The former Ghana international was replaced two minutes to end the first half after limping off with an injury.

He was replaced by Stevan Jovetić in the 43rd minute.

Boateng is now a major doubt for the side’s Bundesliga match against giants Bayern Munich at the Allianz Arena on Saturday.

The former AC Milan midfielder returned to his boyhood club for a second stint at the start of the new season.

The 34-year-old is back for his fifth spell in the German Bundesliga, having played for Hertha previously as well as Borussia Dortmund, Schalke, and Eintracht Frankfurt.

He came through the young ranks at Hertha and eventually debuted for the first team in the second fixture of the 2005/06 Bundesliga season.

After 14 years away, Boateng has returned, and sporting director Fredi Bobic said it was important the club brought back someone who was ingrained in the ethos of Hertha.

He has featured in the side’s opening two games of the season so far until the recent setback.