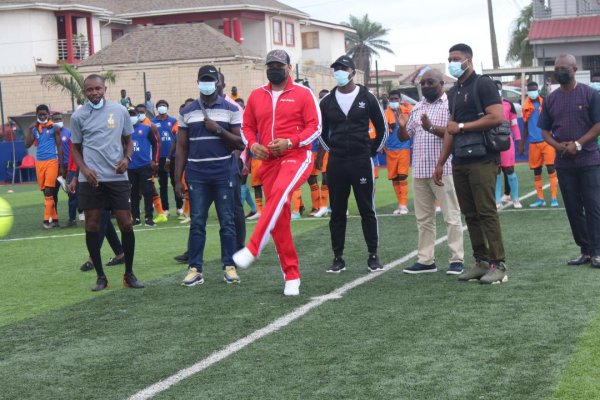 The maiden edition of the Kantanka Cup has kicked started with a beautiful display of footballing talents with four teams progressing to the semi-finals of the competition.

The four teams that have qualified to the semi finals include Attram Di Visser, Liberty Babies, Jayash Academy and Charity Stars as they are set to battle for the coveted trophy on Wednesday, Aug. 25, 2021 at the La McDan Town Park.

The two-day football tournament which is being played to honour Apostle Prof. Emeritus Ing. Kwadwo Safo Kantanka saw some Ghanaian football legends including Laryea Kingston, Stephen Appiah, Akwesi Appiah, among others grace the opening day of the competition.

Mr. Kwadwo Sarfo Kantanka Jr, Chief Executive Officer of Kantanka Group of Companies, who opened the competition with a kick of the ball, was elated with the commencement of the tournament and wished participating teams the best of luck.

He stated that the tournament which was being played to celebrate his father’s birthday would be an annual competition where they look to bring young footballing talents together while rewarding thriving teams.

Kwesi Appiah, former Black Stars coach, in an interview with GNA Sports at the sidelines of the competition, said competition like this would aid in the development of young talents giving them the needed exposure to thrive in their future endeavours. 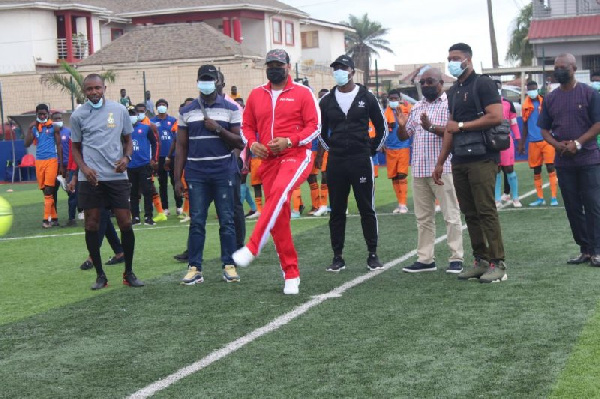 “We have a whole lot of talents in Ghana and one way to spot them is by organising such competitions for them to display their skills.

“I’m here to help encourage these boys so they give their best and maybe they might become the next footballing stars for Ghana,” he said.

The first day of the competition saw Charity Stars beat Desidero Academy 2-1 to progress to the semis while Attram Di Visser beat Dreams Babies 6-5 on penalties also into the semis.

Liberty Babies were too strong for Great Kosa as they defeated them 3-1 while Jayash Academy edged Kingdoko Babies 2-0 to progress to the semis.