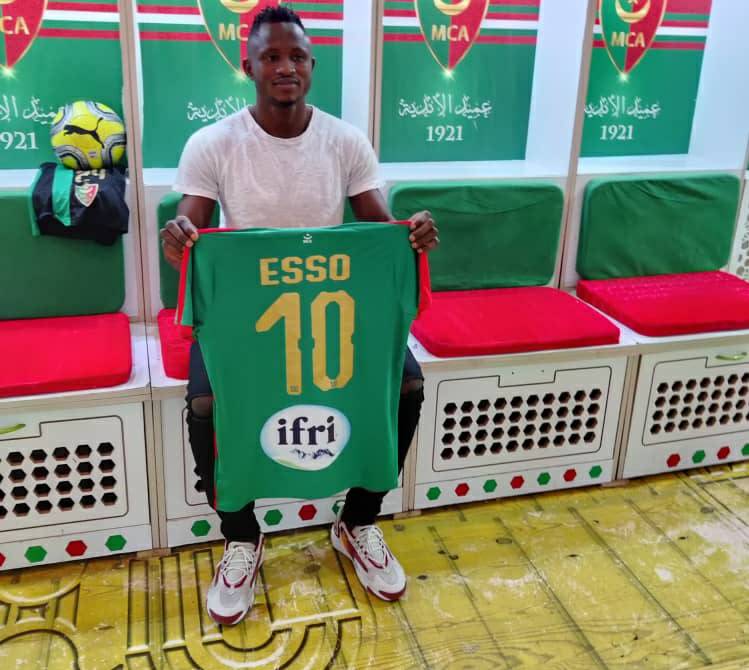 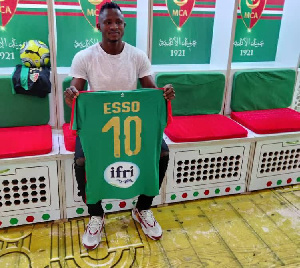 This latest development comes following EPL clubs’ decision not to release their players for international matches played next month in countries on the UK government’s coronavirus red list.

Ghana is scheduled to face Ethiopia in Cape Coast on September 3 and then travel to Johannesburg to play Bafana Bafana three days later.

Since South Africa is on the UK’s red list, coach Charles Akonnor will have to take a second look at his squad and make tough decisions regarding his players based in England.

As a result, Crystal Palace forward Jordan Ayew could be one of the high-profile casualties.

In his place, Esso looks set to get a late call-up for Ghana’s Group G games next month.

The striker has been in red-hot for MC Algers in the Algerian top-flight division since joining the club on a lucrative three-year deal in April.

The 24-year-old bagged a hattrick as Algers played out a pulsating 4-4 draw against Hussein Dey in their final game of the season on Tuesday evening.

The prolific goalscorer has found the back of the net seven times in 18 appearances and finished the campaign as the joint top foreign scorer in the Algerian league along with Libya’s Mohamed Al Tubal.