David Dontoh explains why the Ghanaian entertainment industry is disregarded 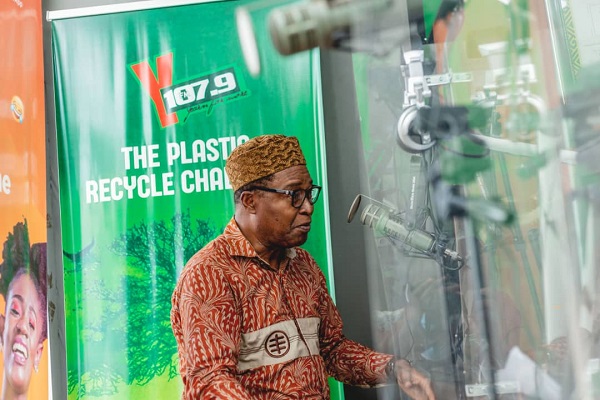 Although the entertainment industry pays, most Ghanaian parents would prefer for their children to pursue other careers outside entertainment.

Celebrated Ghanaian actor, David Dontoh has explained that the notion that the entertainment industry is not for ‘serious people’ is deep-rooted in the Ghanaian culture, the chief’s palace.

Explaining why a section of the Ghanaian populace does not find the entertainment industry as a serious sector, he said, “It has a historical and cultural background. Every person who comes for meetings at the chief’s palace needs to be seated before the chief arrives and while waiting, the gong beater who moderates every gathering and knows the history of the palace entertains them. The gong beater is a very wise human being but because he is always tipsy, no one takes what he says seriously.

So he tells them stories and the history of the palace while waiting for the chief. They enjoy his performance but he is not taken seriously. Everybody makes fun of him and doesn’t take him seriously and that mentality was carried into the entertainment industry.”

Sharing this with Y107.9FM’s Myd Morning Radio Show host on the YLeaderBoard Series, he indicated that the disregard for the entertainment industry heightened with Ghanaians travelling to Cambridge to study law and train in other disciplines.

“When they came back, they regarded those who acted in concert party and most people who had no formal education as unwise. But there is a difference between intelligence and knowledge. That is why the palace linguist knows more about culture and history than the professor of history and culture.”

On his accord, the actors of the concert party were knowledgeable persons who grew up in villages and understood the Ghanaian culture and language. “They have the wisdom and knowledge but because they didn’t study in the classroom, they are not seen as intelligent.”

With such treatment being meted out to actors, parents became proud to see their kids become engineers, lawyers, etc. but not actors.

Because Akan was the principal language used for performing, all the regions were introduced to the Akan language. So it helped the country hold itself together.”