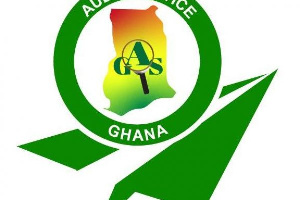 The 2020 Auditor-General’s Report has cited the Central Adoption Authority (CAA) for delays in the processing and clearance of adoption applications.

That, the report indicated, was due to poor record management and lack of supervision as that did not guarantee the wellbeing of adopted children.

According to the report, although the CAA ensured that only eligible and suitable persons were matched with adopted children, there were delays also due to challenges of budgeting. The 2020 Performance Audit Report of the Auditor-General on provision of Adoption Services: Central Adoption Authority and Department of Social Welfare available to the Ghana News Agency in Tema has revealed.

The Report said, “the CAA and the Department of Social Welfare (DSW) did not collaborate to ensure that adoption applications were processed within the stipulated time.”

The Audit was carried out to determine whether CAA and DSW had put in place measures and to ensure that eligible and suitable applicants were matched with children, trained, monitored and counseled for the successful care and protection of children placed in adoption.

The report said the CAA did not build the capacity of their officers in the adoption processes after the amendment of the Children’s Act to equip them with the needed information and skills for adoption.

It said, the DSW needed to plan, budget and develop a training manual, but that was not carried out leading to failure to train Prospective Adoptive Parents (PAPs) to enable them to provide adopted children with the needed care.

Also, the report said “post adoption monitoring was not done on adopted children during the period under review,” therefore recommending to the CAA and DWS to assign timelines to their activities to ensure that they both meet the six-week duration specified by law.

The Acting Auditor-General, called both outfits to prioritise capacity-building programmes and allocate funds annually for its implementation and collaborate with the National DSW to plan annual training workshops to build the capacity of its staff across the regions.

As soon as practicable, he called for the development of a training manual for prospective parents by July 2021 and subsequently train those whose applications were cleared to adopt children.

According to the report, as at January 14, 2021, the Ministry of Finance had directed the Bank of Ghana to pay a total of GHS102, 859.41 being 46 per cent of Internally Generated Funds into the holding account of the Central Adoption Authority for the first quarter of 2021.

Therefore, the Auditor-General recommended to the Ministry of Gender, Children and Social Protection (MoGCSP) to expedite work on the release of the said amount by the Finance Ministry for the operation of the CAA to facilitate adoption services and other related costs.

Under the Children’s (Amendment) Act, 2016, (Act 937), the role of the DSW is to receive adoption applications, conduct Home Study on prospective adoptive parents and submit a Home Study Report together with the complete application to the Central Adoption Authority.

The Government, under the MoGCSP by the same Act in 2016, set up the Central Adoption Authority to provide for the conduct of all adoptions in the country, ensure better protection for children deprived of parental care.

The CAA is also expected to comply with the requirements of the 1993 Hague Convention, which requires that adoption takes place in the best interest of the child and with respect for their foundation rights.