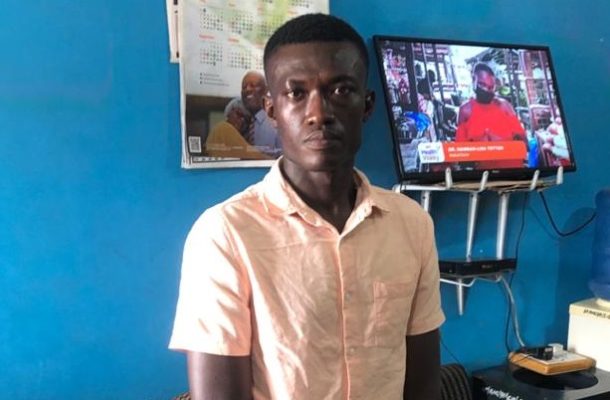 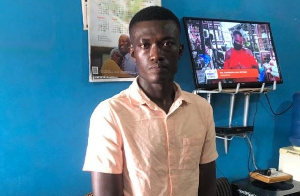 Richard Appiah is the prime supect in the Abesim murder investigation

The residence of Richard Appiah, the alleged murderer of three young men at Alaska, a residential area of Abesim, in the Sunyani Municipality has been declared crime scene under a very tight security.

When the Ghana News Agency (GNA) visited the area at about 1230 hours on Monday, personnel of the Ghana Police Service were seen guarding the house while a white-coloured plastic tape with an inscription “crime scene Ghana Police Service” had been knotted and stretched from one end to the other at the front view house.

A member of the Police personnel who spoke to the GNA on condition of anonymity said the essence of their presence was among others to secure the place against public entry to ensure effective, proper and thorough investigation into the matter.

Earlier, the GNA had gathered in Abesim that some aggrieved young men in the area were allegedly planning to set the house ablaze that might possibly disrupt proper and thorough investigation into the case.

A number of Abesim residents in an interview with the GNA were grateful to the Ghana Police Service “for the swift action since the incident happened”.

They commended especially Dr. George Akuffo Dampare, the acting Inspector General of Police (IGP) for the immediate visit to the crime scene with a high-powered delegation of the Police Service on Sunday.

The acting IGP and his delegation also proceeded to express condolence to the bereaved families of the three young men, who were allegedly murdered by suspect Appiah.

A bereaved resident of the area was optimistic the action of the Dr. Dampare would facilitate complete investigation and bring about fairness and justice to the affected families.

He pleaded with the acting IGP and the Police administration “to dig deep for the investigations to go down to the root to identify and apprehend all those suspected to be involved in the heinous crime for them to face the full rigours of the law”.

The tragedy hit the community on Saturday, when Appiah allegedly murdered his 12-year-old relative, with two others already butchered and their bodies kept in a double-door refrigerator in a room in his house.

When contacted, Deputy Superintendent of Police (DSP) Francis Numado, the Sunyani Municipal Police Commander told the GNA the case had been taken over by the National Police Command upon the directive of the acting IGP.