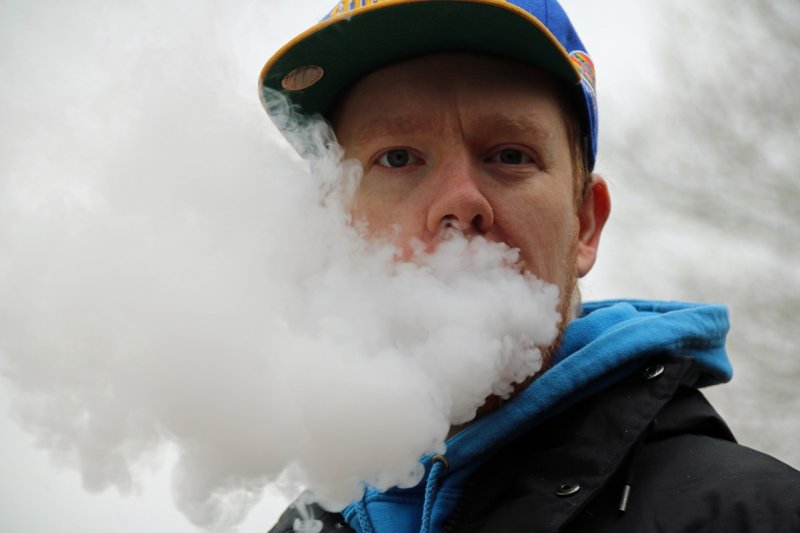 Aug. 23 (UPI) — Aerosol from vaping devices may impact human blood vessels to the same extent as smoke from cigarettes, according to an analysis presented Monday during the American Heart Association’s Basic Cardiovascular Sciences Scientific Sessions 2021 found.

In experiments involving rats, the function of the endothelium — a layer of cells that help control blood clotting, blood pressure levels and immune function and keep blood vessels healthy — was significantly impaired after a five-minute exposure to vaping aerosols, the data showed.

In addition, the blood vessels of rats exposed to cigarette smoke and vaping aerosols dilated by 67%, which can be a sign of stroke and heart disease, the researchers said.

“When you inhale a suspension of particles or a mist, whether it is from tobacco or marijuana, whether it’s smoke or aerosol, it all has the same effect,” study co-author Matthew L. Springer said in a press release.

“Our research reinforces the previous findings that vaping is not without harm, and it underscores the importance of counseling patients about the risks of vaping because it does affect cardiovascular function,” said Springer, a professor of medicine at the University of California-San Francisco.

E-cigarettes often are promoted as a less harmful alternative to smoking traditional cigarettes, despite research suggesting otherwise, according to the American Heart Association.

E-cigarettes contain a cartridge with a liquid containing nicotine that generates an aerosol that is inhaled, like smoking a cigarette.

For this study, Springer and his colleagues investigated the impact of aerosols generated from a range of vaping devices on the function of the endothelium by using a process known as flow-mediated dilation as measured by ultrasound of a key artery.

Reduced endothelial function usually precedes the build-up of fatty material on arteries, a condition called atherosclerosis, and it often is a predictor of a stroke or heart attack, the researchers said.

They conducted a head-to-head comparison on 11 groups of rats, with eight rats in each group, and exposed the animals to nine vaping products, as well as the controls of combustible cigarettes and clean air.

The rats were exposed to the products during one session consisting of 10 cycles of five-second inhalation every 30 seconds over a period of five minutes.

“The approach we used to study vascular function in the rats closely resembles what happens in humans,” Springer said.

“If any mist or aerosol that rats inhale has this adverse effect, it will likely happen in humans, too,” he said.