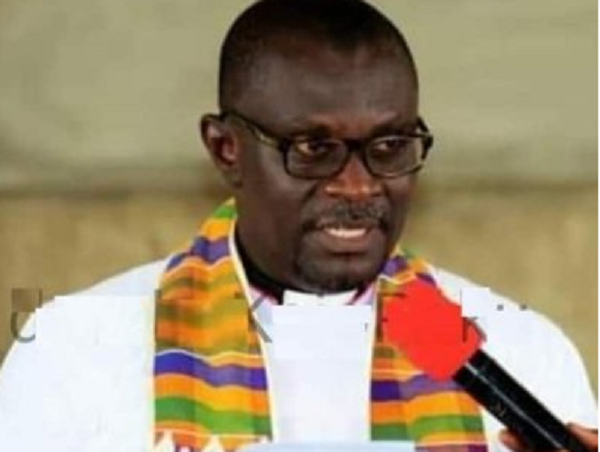 • He has labeled Ghanaians as hypocrites for condemning the Rev. Father

• Rev. Father Obeng Larbi was lambasted for kissing some three female students in front of his congregation

According to him, the Rev. Father did no wrong by kissing the students adding that the public should rather focus on more pressing issues instead of judging the priest.

One can recall that scores of individuals including pastors have condemned the Reverend Father after a video of himself kissing the three girls went viral.

It is the case that some critics have even suggested that Anglican priest be made face the full rigorous of the law.

But sharing his opinion on the matter, Prophet Kwarteng said;

“The Pastors who came to condemn the incident are agents of Satan. They always want to disgrace Men of God. Civility in Africa is very little. Our civility is low. When someone is doing something, investigate the reasons for the person’s actions. When Jesus Christ was at Zacchaeus’ home, the woman who came to kiss Jesus’ lips, the very one who washed Jesus’ feet with alabaster oil, kissed Jesus on the lips. But as for us, Ghanaian Pastors especially, we often tend to make a lot of noise to draw attention to our powers. Unnecessary noise with no substance. A Man of God speaks with wisdom, a Man of God does not insult with careless abandon.”

“A good Pastor respects himself. God called us to save his sinners. So, when a Pastor has done something wrong, what are you as a Man of God doing to save him? If an Imam had done such a thing, do you think other Imams would have condemned him in such a manner? Ghana’s slow progress is all because of these Pastors,” he added.

Touching on concerns that the Anglican priest breached covid-19 protocols when he kissed the three girls on their lips, Prophet Kwarteng said;

“Even the Politicians are not observing the protocols. We were in Accra here when during Sir John’s funeral, Nana Addo saw how the funeral was done, when it was time to register for the Ghana ID card, Nana Addo was in Ghana, he saw how people were clustered together, so what do you want to tell me? As for me I am advising the public. Heaven cannot judge the Reverend Father, nobody else can, if some pastor respects himself he won’t come out to disrespect the Reverend because the reasoning behind what he did is not a bad thing,” he said.

Meanwhile, the Anglican priest has indefinitely been relieved of his duties at the school.