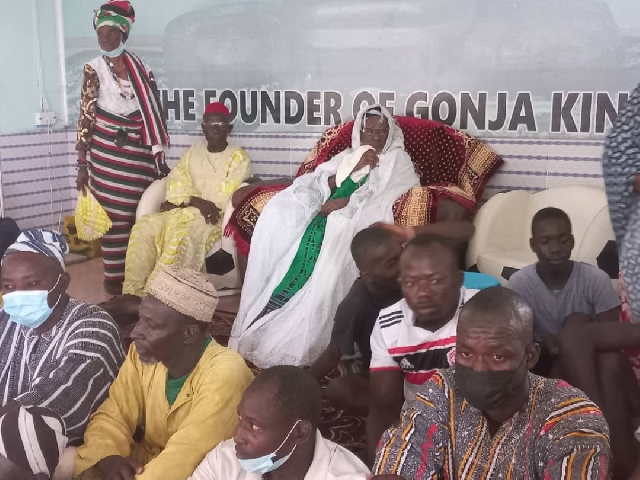 The Overlord of the Gonja traditional area, Yagbonwura Tuntumba Boresa I, has described former President John Dramani Mahama as a hero.

The Yagbonwura said he is proud of Mr Mahama for not taking the law into his own hands when he lost the 2020 election, which could have sparked chaos in the country.

He, thus, expressed gratitude to Mr Mahama for exhibiting maturity after the election, which, according to him, brought peace to the country.

The Yagbonwura said these when Mr Mahama paid a courtesy call on him at his palace, as part of his Thank You tour of the Savanna region on Friday, 20 August 2021.

The Yagbonwura said: “I want to commend you for, and congratulate you as well as your teeming supporters on a battle well fought.”

“Indeed, the 2020 general election was a hurdle. Your Excellency, you are a hero”.

“This is because your participation in the fight to lead Ghana, though did not achieve success, but largely brought peace to mother Ghana and to the greatest extent, added value and respect to the Ghanaian democracy,” he stated.

The chief continued: “Your Excellency former president, you did your part by serving your sovereign country, Ghana”.

“The Almighty Allah will guide and lead you to success”, he said, adding: “We are proud of you and words of inspiration, joy and happiness cannot demonstrate our appreciation to you for not taking the law into your hands”.

“Ladies and gentlemen, these are compliments of a hero,” he added.

The Yagbonwura said: “Let me refer you to a verse in Proverbs: ‘For though the righteous fall seven times, they rise again, but the wicked stumble when calamity strikes.’”

Mismanaged elections could lead to violence

Salary as bargaining chip for acquisition of Ghana Card questionable