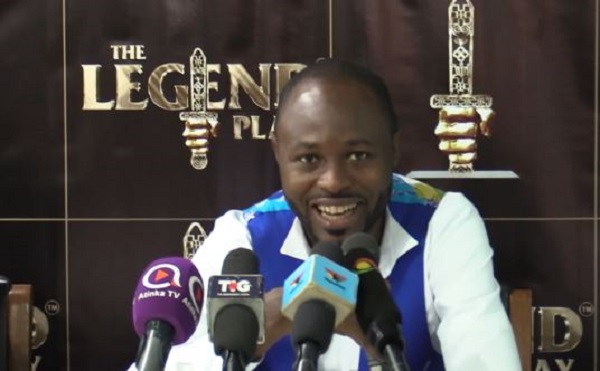 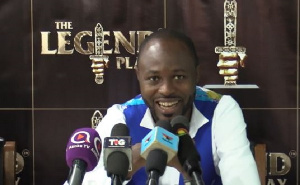 Playwright, Latif Abubakar’s Globe Productions in partnership with Joy FM and Graphic News App is set to thrill its audience to his latest play after a long break from the theatre due to COVID-19 restrictions.

Dubbed the “Something must kill a man”, the play seeks to demonstrate how teamwork, good communication, and collaboration contribute significantly to the attainment of these goals.

Unlike his previous stage plays which focused on pressing national issues, Mr. Abubakar’s latest play, will take the approach of a training programme that would center on the attainment of the project and organizational goals.

According to the award-winning playwright, the play is a package that would enable employees to understand and appreciate the importance of teamwork in achieving the overall objectives of a project or an organization.

He explained that the play will adopt an innovative practical training approach that drives the audience (trainees) through a team-building activities.

“This is a creative and unique training experience that will leave an unforgettable memory on the minds of the trainees,” the playwright intimated.

“A research by Forbes confirms that team building is the most important investment you can make for your people and the most successful, memorable team-building events are the ones that don’t feel like a day at the office,” he added.

Being the pacesetter of live virtual play with a record of 3.5million views across various social media platforms, Mr. Abubakar believes storytelling and theatre could be used to achieve project and organizational goals.

He revealed that the play which would be staged in an open space is a package that would include a training certificate from the New York Board of education, in the United States of America, lecture notes, cocktail, and networking sessions.

The play which features Leslie Wallace, Abraham MacPratt Dadzie, and Sitsofe Tsikor, will be staged on the 2nd, 3rd, and 4th of September, 2021 at the Labadi Beach Hotel with tickets going for GH¢80.00 single and GH¢150.00 for double. For participants who would want to be issued with certificates, they will pay GH¢150.00 each.

As a theatre company focused on theatre for development, Globe Productions has to its credit 15 plays that have been performed 67 times across the country to an audience base of about 40,000. The strategic vision of implementing the tri-annual plays has currently made Globe the fastest

growing theatre company in Ghana with the widest coverage.

Its CEO/Playwright Latif Abubakar gained some international recognition via an interview on BBC world service on the topic “Resurgence of Theatre in Africa”.

Some written and produced plays by Mr. Abubakar include, ‘I can’t think far’; a non-violence campaign towards the 2016 election which was sponsored by Star-Ghana, UK Aid, DANIDA and the European Union, Saint and sinners; which focused on galamsey, and sponsored by WaterAid Ghana, and the Media Coalition Against Galamsey, and Men don die; a road safety campaign sponsored by the National Road Safety Commission