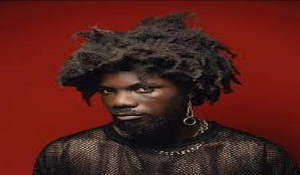 Rapper Pure Akan has opened up on why decided to change his name from Akan to the present.

Apart from his new name making him unique and visible, the musician has said that the name reflects his style of music.

According to him, the name signifies his efforts in preserving the culture and tradition of the Akans.

Speaking to Y102.5FM’s NYDJ on the ‘Ryse N Shyne’ show, he said: “If you have listened to my song, you can tell that most of my songs are purely the local language and that makes it unique. The Twi is not only Asante, Akyem or Kwahu Twi. I try my best to use all these Akan languages in my music.

“So, I look out for our tradition and culture and find the best way we can live it today and comfortably. This is why I have merged all the Akan languages to produce the songs making it the purest.”

Pure Akan announced a change in name ahead of the release of his sophomore album ‘Nyame Mma’. The album is a follow-up to his highly rated 2017 album Onipa Akoma, which gained positive reviews from fans and critics alike.

Nyame Mna (God’s children) has been a long time coming, with fans having to wait four years to get it.

So far, Pure Akan has released one single off the album titled Mensesa Me Ho.