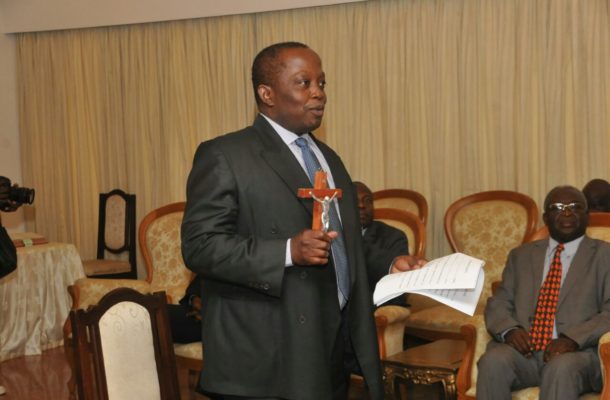 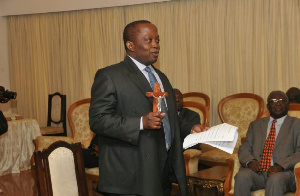 Former Auditor General, Daniel Yao Domelevo has commended the Vice President, Dr. Mahamudu Bawumia for his efforts in spearheading public sector digitization in the country, which he said is positively impacting the fight against corruption.

Bawumia has led the digital transformation of the country with a digital structure that has seen the digitization of several aspects of the economy and government services. This has earned the vice president lots of plaudits, and the controversial former auditor general is the latest to add his voice.

Speaking at a town hall meeting organised by the Catholic Professionals Guild themed “combating the virus of corruption in our country: my commitment as a Christian professional,” Mr Domelevo delivered a rare praise to the government by singling out the digitization efforts by the vice president in his anti-corruption lecture.

“I appreciate the Vice President’s efforts in public sector digitalisation. I commend him,” Domelevo said.

The former auditor general acknowledged the role of digitization in tackling corruption but cautioned that indiscipline would have to be curbed for the desired impact to be made.

“If we don’t curb the indiscipline, the digitalisation will not bring the desired solution,” he added.

Over the past four years, the country has witnessed remarkable digital transformation through a biometric national ID card, digital addressing system, digitization at the ports, passport office, registrar general, the DVLA and many other public institutions.

In the financial sector, there has been an expansion down to the informal sector, through the operationalisation of mobile money interoperability, which has allowed many Ghanaians to operate through digital payment.