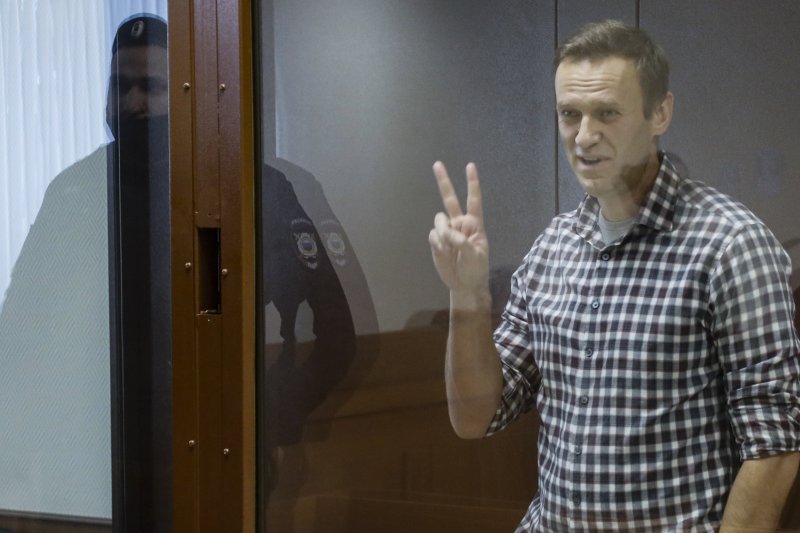 Aug. 20 (UPI) — The United States and Britain slapped sanctions Friday on several Russian nationals and entities connected with the poisoning of opposition leader Alexei Navalny, who was attacked with a Novichok nerve agent one year ago.

The sanctions freeze the assets of the targeted individuals. Britain said they will place travel bans on the individuals under the country’s autonomous chemical weapons sanctions regime.

Navalny, who is currently serving a nearly three-year prison sentence in Russia, fell ill while traveling in Siberia. After initially being treated in Russia, he was transferred to a medical facility in Germany, where he spent five months recovering. Physicians in Germany said he had been poisoned with the nerve agent.

“Today, on the one-year anniversary of Alexei Navalny’s poisoning by Russian government agents, we stand with our ally, [Britain], to again condemn the Kremlin’s use of a chemical weapon to target one of Russia’s most prominent opposition leaders,” Office of Foreign Assets Control director Andrea Gacki said in a statement.

“Navalny’s poisoning was a shocking violation of international norms against the use of chemical weapons and was part of an ongoing campaign to silence voices of dissent in Russia,” he said.

“[Britain] and its partners have repeatedly called on Russia to conduct a full and transparent criminal investigation into Mr. Navalny’s poisoning,'” Raab said in a statement. “Russia continues to ignore these calls and has failed to provide a plausible explanation into how a nerve agent came to be used on Russian territory.

“These sanctions on members of the Russian Federal Security Service demonstrate that [Britain] and its partners will continue to hold those responsible to account for their actions and uphold the Chemical Weapons Convention.”

Dmitry Peskov, a spokesman for Russian President Vladimir Putin, has said Moscow is willing to cooperate fully with Germany and “point out that no poisonous substances had been detected in Navalny’s system prior to his transfer to Berlin,” according to the Russian state-run news agency TASS.