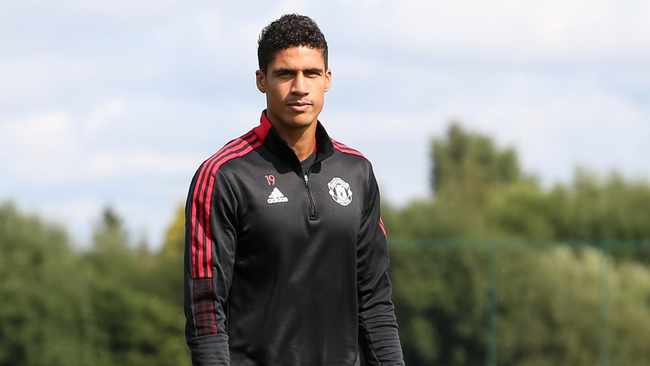 France centre back Varane, who has joined from Real Madrid on a four-year deal, watched his new club hammer Leeds United 5-1 last weekend – a match Uruguay striker Cavani missed as he was isolating after being granted an extended holiday.

Solskjaer said the duo were back in training as United look to build on their strong start to the campaign, having finished second behind Manchester City last season.

“First game of the season when you get off to a good start with the fans it sets the mood. Our job now is to capitalise on it and not get complacent,” Solskjaer told reporters. “Edinson has joined in, Raphael is joining in and we’re getting fitter.

“Varane has been keeping fit, he’s a naturally fit lad and he’s had a good week. He’s coming through the last session and if that goes well he’ll probably travel.

“Edinson… is lacking in team training but you can see he has been looking after himself. His body can tolerate a lot. He is chomping at the bit. He’s ready to go and let’s see what we can get out of him early on.”

Solskjaer did not confirm if new signing Jadon Sancho from Borussia Dortmund would start the game, but said he did not expect his side to win 9-0 like last season at St Mary’s.

“That game was a one-off… a special game when you have a lad sent off in the first minute. With Ralph Hasenhuettl’s teams you get high energy, high pressing and belief in themselves,” Solskjaer said.

“They give you a great challenge. We know every time we travel down there it’s a difficult game.”