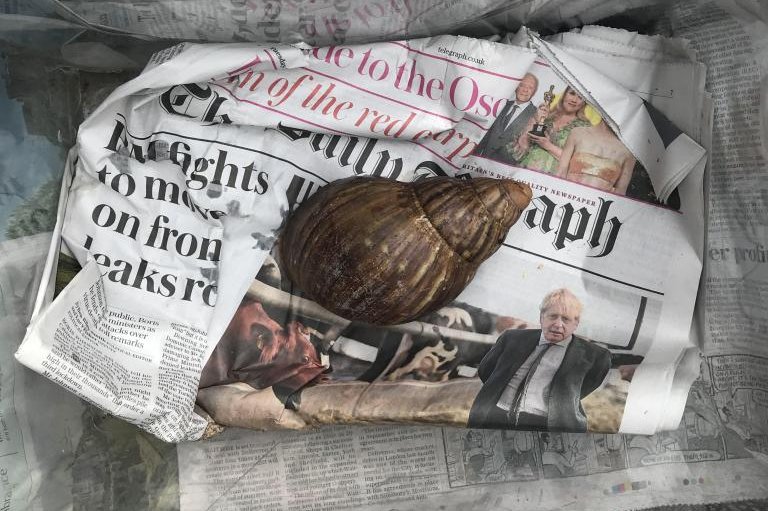 Aug. 20 (UPI) — Animal rescuers in Britain said they are trying to determine the origins of a giant African land snail found in an unmarked box at a package distribution center.

The RSPCA said inspector Richard Durant was dispatched to the DPD package distribution center in Hinckley, Leicestershire, after employees encountered a box with no address or other labeling and discovered it contained a snail with a shell the size of a lemon.

“The workers found an unmarked box containing a giant African land snail amongst the boxes ready to be distributed for delivery across the country. When they realized there was this giant snail inside they contacted us for help,” Durant said in a news release.

“Luckily, the snail was doing OK and could be transferred straight to an exotics center for specialist care,” he said.

“Giant African land snails are kept as pets but we don’t come across them very often so it’s strange to find one in such a random place. We have no idea whether someone abandoned this snail, or whether they were trying to post the poor creature,” he said.

“As with all pets, it’s really important that anyone thinking of taking on a giant snail is aware of what is involved in taking care of them before they bring one home.”