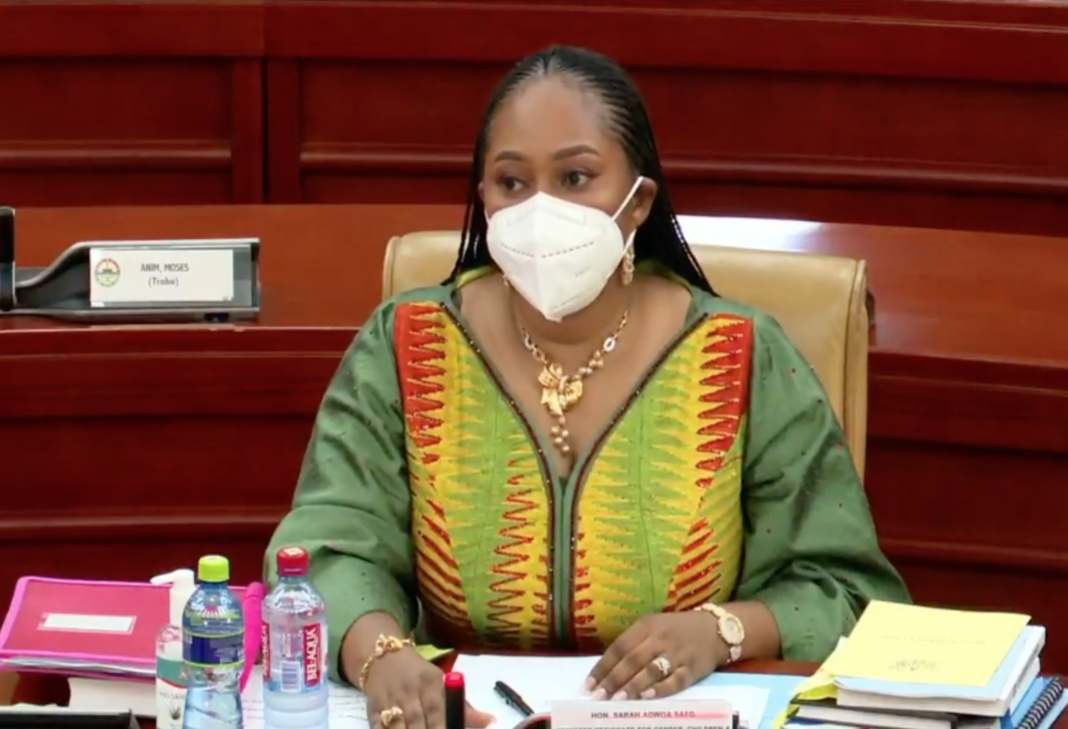 The Ghana National School Feeding Caterers Association has denied media reports that it has petitioned President Akufo-Addo to remove the Minister of Gender, Children and Social Protection, Sara Adwoa Safo on the basis of incompetence and arrogance.

According to the association, no such indication has been given or action taken against the minister.

The association made this known in a statement following news reports that a formal complaint has been made to President Akufo-Addo by the caterers to have the minister removed.

The media reports indicated that the caterers cited the minister’s refusal to sign their order for payment and unavailability to meet with them as actions warranting her removal.

Concerning the payment of monies owed them, the association said it is aware that the approval for payment to caterers in all 16 regions was given by the minister, but the delay is being experienced from the end of the Ghana Interbank Payment and Settlement Systems Limited GHIPSS, by the Controller and Accountant General’s Department which is expected before the close of the week.

“To date, the leadership of the Ghana School Feeding Caterers Association is happy with the work of Hon. Sarah Adwoa Safo, the first of which was the comprehensive audit of the workings of the National School Feeding Program right after she was appointed as Minister. We therefore categorically condemn the mischievous statements made in the media by some so-called nameless and faceless caterers of our association,” the statement noted.

The association further gave assurances that it will continue to work with the ministry to ensure a smooth running of the programme.