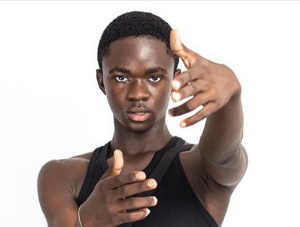 In an Entertainment show hosted by Papa Kay monitored by MyNewsGh.com the entertainment pundit insists there is nothing wrong in comparing the two artistes.

“Where Sarkodie is now, Yaw Tog has not been there… all the glitz and glamour, the platforms Sarkodie has enjoyed, Yaw Tog is yet to get those opportunities but yet people are comparing Yaw Tog to Sarkodie. It is because is where Yaw Tog is heading in the music industry” Nana Frimpong Ziega explained.

“It is likely that if Yaw Tog gets to the age of Sarkodie and if he is being managed well, he will go beyond the level of Sarkodie because of what he (Yaw Tog) is doing as a new artiste” he added.

According to him, Yaw Tog creates harmony and his own chorus, a quality he believes Sarkodie does not possess.