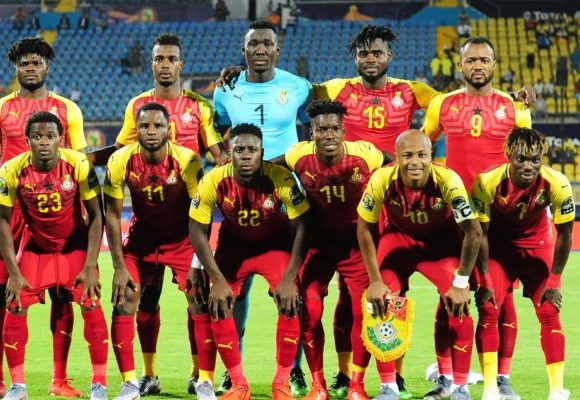 The Black Stars have been paired in Group C

Ghana has been drawn in Group C of the 2021 Africa Cup of Nations(AFCON) to be staged in Cameroon. The Black Stars has been paired with familiar foes, Morocco, Comoros, and Gabon.

The last time Ghana faced Morroco was 2 months ago with the Black Stars losing 1-0.

Ghana was in the same group with Morocco during the 2008 competition which was staged in Ghana, beating the Atlas Lions 2-0 at the Accra Sports Stadium.

Comoros was an opponent during the second round of the 2018 FIFA World Cup qualifiers.

The senior national team drew the first leg 0-0 before defeating them 2-0 in the second leg in November 2015 courtesy of goals from Wakaso and Jordan Ayew.

Ghana defeated Gabon 4-0 on aggregate in June 2008 during the 2010 World Cup qualifiers, winning the double legged tie 2-0 each.

Gabon also have attacker and Arsenal captain Pierre-Emerick Aubameyang leading their team while Comoros squad is totally composed of players who have their career abroad, especially in France.

- Advertisement -
Share
Facebook
Twitter
Pinterest
WhatsApp
Previous articleLandlords cannot evict tenants for not paying rent, it’s against the law
Next articleDirco talking to other countries to give South Africans ‘a lift’ out of Afghanistan
- Advertisement -