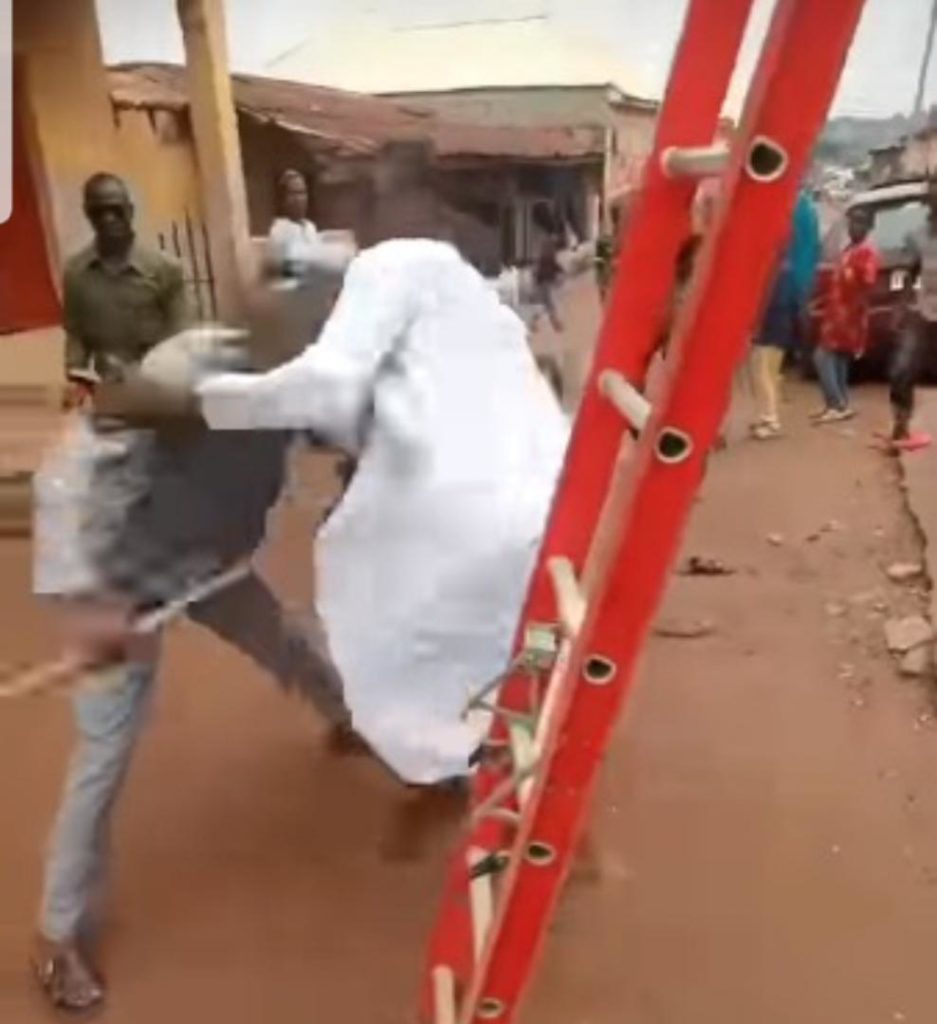 A group of siblings ganged up on a staff of Kaduna Electricity Distribution, identified as Yakubu Garkuwan Kumo, for attempting to disconnect their light.

The brothers have been identified as sons of a retired soldier who beat the electricity worker to stupor.

According to a friend of the KEDC staff, Yakubu had gone to the area in Kaduna Metropolis for bill collection on Monday, August 16, 2021.

On getting to the home of a retired soldier, he asked that the family pays its bill but they declined.

Yakubu then started climbing his ladder to disconnect them from the power source, but the soldier’s sons pulled him down from the leader and beat him.

In videos that have been released, the brothers could be seen assaulting the staff with sticks amid heavy punches.