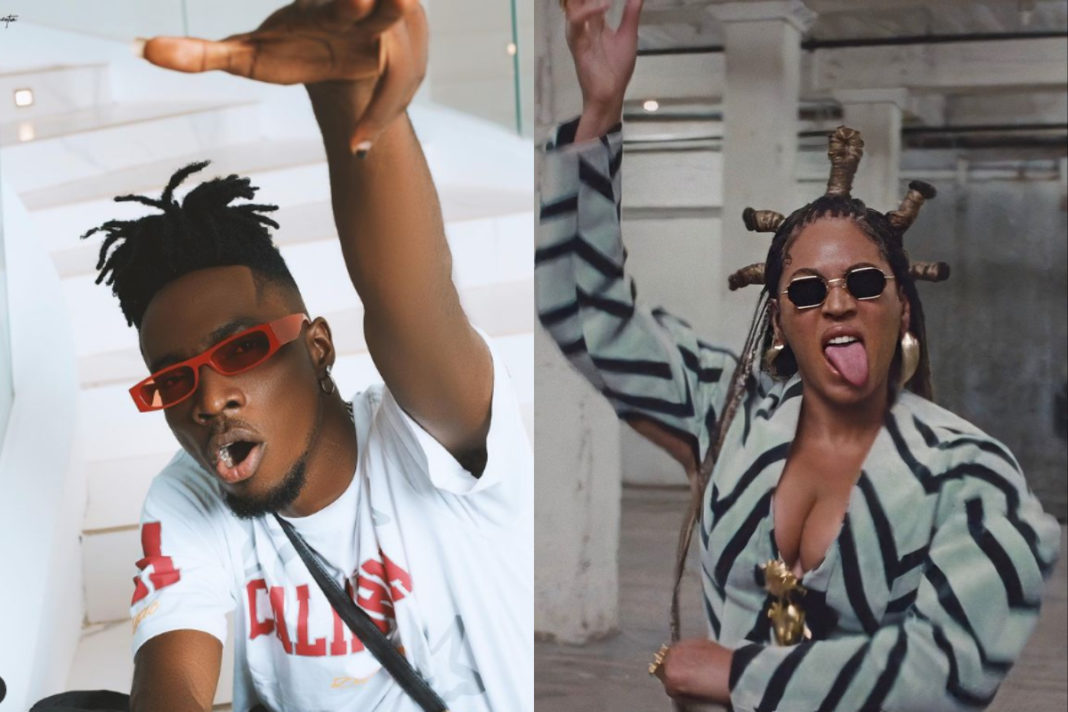 According to the founder of the Afro-Zigi Foundation, he would have been the one to be featured in the music video and not Dancegod Lloyd.

As a reminder, Dancegod Lloyd and his team starred in the music video. However, their version was shot in Ghana. The feud between Dancegod Lylod and Incredible Zigi has been rumored for a long time, but neither of them has ever confirmed it.

Speaking in an interview with Giovanni Caleb on the 360 aired on TV3, Incredible Zigi revealed that he his negligence caused him to miss out on the opportunity to work with the popstar.

He said that Beyonce reached out to him on Instagram but he did not notice the message because he couldn’t read the message due to the numerous notifications he had after posting a video, which overshadowed the text.

Incredible Zigi expressed his dissatisfaction by claiming that his offer included a physical meeting with Beyonce because it also included a trip to the United States to film the music video.

‘‘I was checking my requests and saw that they had they dm-ed me 57 weeks ago. Anytime I make a video, people mention me in their stories. So if there is a DM, it goes down. That’s how I found out later that they had already texted me and they wanted to fly me there,” he said.

“Mine was directly to fly me there. That was around August -October. From that experience, I am always checking my dm’’, Incredible Zigi added.

Watch the music video below: