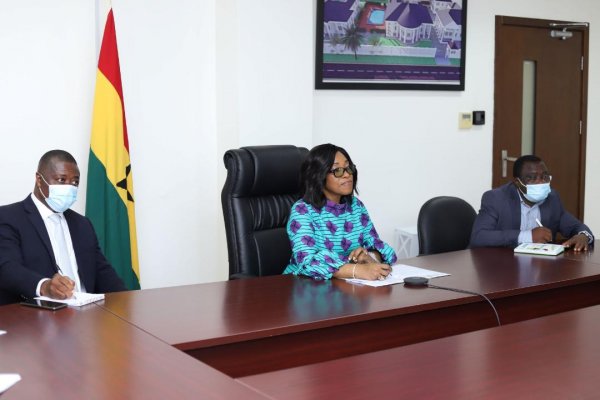 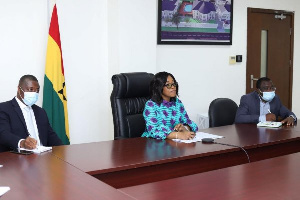 The meeting discussed the recent inaccurate media reportage, which had created some misconceptions in the minds of some members of the traveling public in Ghana following the announcement of the Parliamentary ratification of the agreement for the Mutual Exemption of Entry Visa Requirements for holders of certain categories of passports signed between Ghana and the UAE.

In that regard, Mrs Ayorkor Botchwey said public education would be embarked upon by the Government to clarify the inaccuracies to enable a smooth implementation of the Mutual Exemption of the Entry visas in line with the intention of the two countries.

Madam Ayorkor Botchwey referring particularly to the Memorandum of Understanding (MOU) signed with the Dubai-based Thumbay Group towards the establishment of a Teaching Hospital and a Medical University in Ghana, requested her UAE counterpart to use his good offices to encourage the implementation of the MOU. 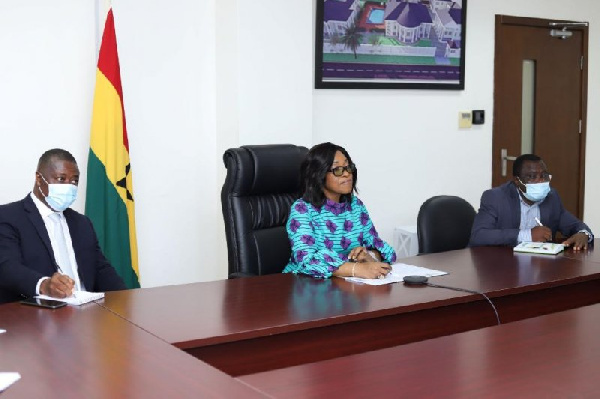 She said the agreement between Ghana and the UAE for the Promotion and Protection of Investments was still under consideration by both sides and needs to be worked on at an accelerated pace for the mutual benefit of our two countries.

She reiterated the need for the two countries to ratify and implement the signed Agreements and MOUs.

Commenting on the UAE’s request for support for the candidature of Major-General Dr Ahmed Bin Nasser Al-Raisi, Inspector-General at the Ministry of Interior, for election to the position of the President of Interpol for the period 2022-25 during the Interpol General Assembly in November 2021; Madam Ayorkor Botchwey said the request for the support was receiving the attention of the competent Ghanaian authorities.

She recalled with satisfaction the cordial bilateral relations between Ghana and the UAE.

She said their bilateral relations had been further consolidated with the exchange of high-level visits since 2009, notably, the official visit of President Nana Addo Dankwa Akufo-Addo to the UAE from 17th to 18th November, 2019, at the instance of Sheikh Khalifa Bin Zayed.

She said the visit led to the signing of four MOUs aimed at deepening the ties of cooperation and the bonds of friendship that exist between the two countries.

Madam Ayorkor Botchwey indicated that the MOUs signed included that of Mutual Exemption of Entry Visa Requirements, Agreement for the Avoidance of Double Taxation and the Prevention of Fiscal Evasion with respect to taxes on income, Agreement in the Field of Manpower, and Agreement on Cooperation and Mutual Assistance in Customs Matters.

In line with the recent success on vaccine cooperation with Qatar, Madam Ayorkor Botchwey discussed the need for cooperation on access to vaccines between Ghana and the UAE aimed at accelerating economic recovery in both countries and keeping healthy populations.

She lauded the UAE for the wide vaccine coverage of the population in that country.

She indicated that Ghana’s ambition of covering 70 percent of her people by December 2021 and request support from the UAE to help achieve it.

She commended the UAE for being the first country to sign the Abraham Accords in pursuit of normalization of ties with Israel and in pursuit of peace and stability in the Middle-East.

On his part, Sheikh Al Nahyan, said Ghana was an important partner to the UAE on the continent of Africa, and called for the deepening of ties between the two countries.