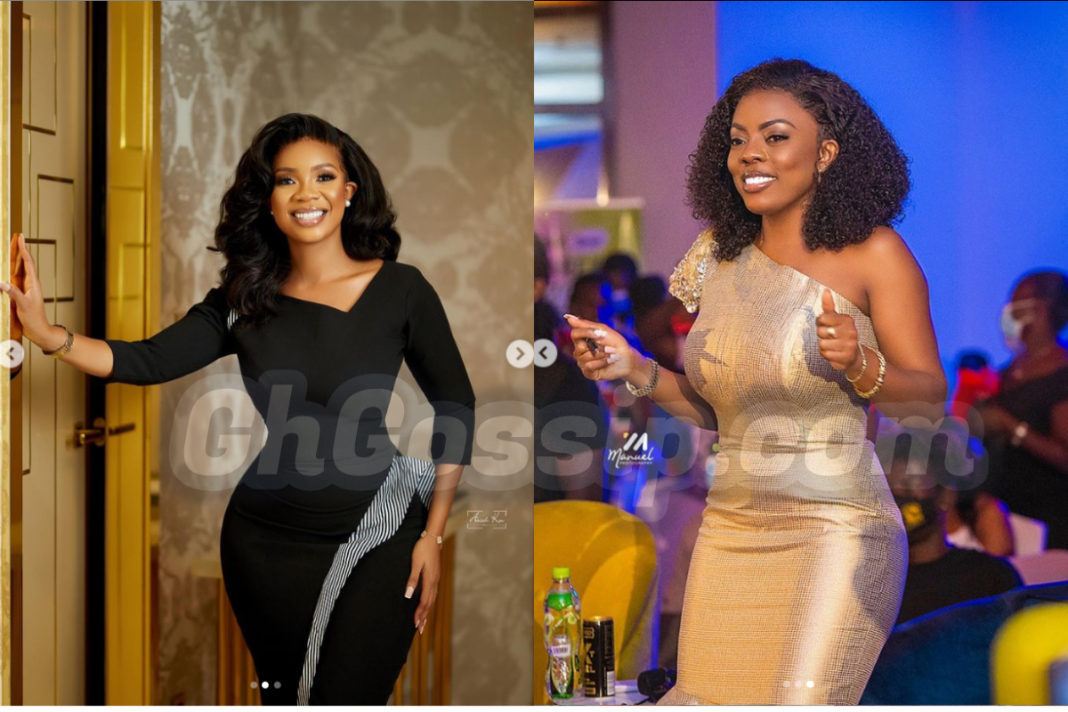 The godmother of Serwaa Amihere, Nana Aba Anamoah has stood firmly behind her daughter as she tags critics and rumour mongers as useless people saying they have important things to do.

Nana Aba Anamoah has been subtly insulting those who keep defaming her goddaughter Serwaa Amihere after the said expose but this time around has stated it clearly as she tags them as useless people who has nothing to do with their time.

Nana Aba Anamoah chose violence when she decided to address those attacking her goddaughter Serwaa Amihere telling them that there’s no way they are going to address any issue because they have better things to do.

She stated clearly that those criticizing and fueling the allegations made against her goddaughter are trash and useless people who have nothing important to do but they the sensible ones have something better to do with their lives.

Nana Aba Anamoah and Serwaa Amihere have suffered at the hands of critics and social media trolls as every moment someone supposedly close to them exposes their secrets and that makes some people wishing to see them down drag them through the mud.