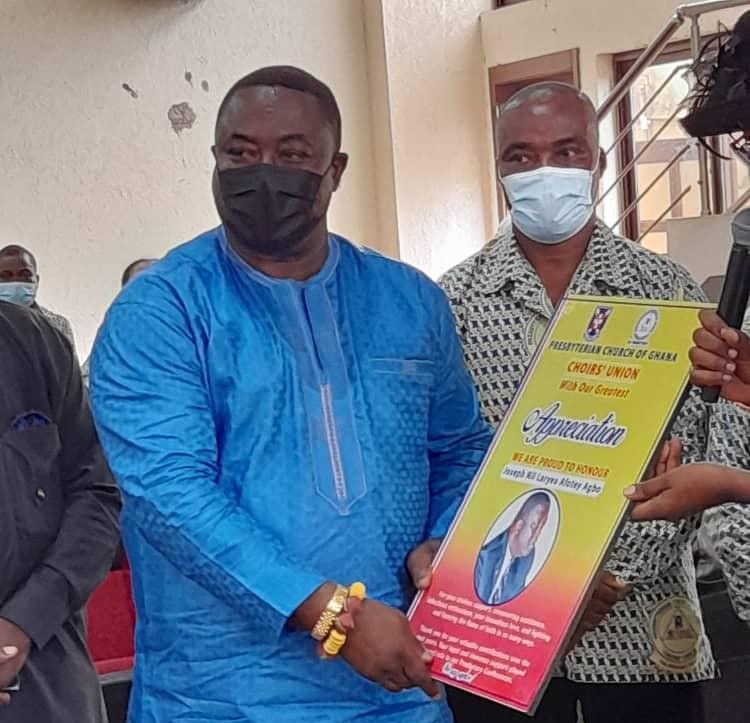 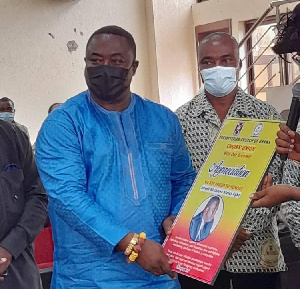 The Presbyterian Church of Ghana, Ga Choirs’ Union on Sunday honoured the Caretaker Chief of Kpone-Katamanso, Joseph Nii Laryea Afotey-Agbo, for his eminent devotion towards the strength of the Union.

The commemoration took place at the Ga Choirs’ Union 37th Annual Delegate Conference Thanksgiving Service at the Presbyterian Church of Ghana, Christ Congregation at Adentan, which was conducted by the Reverend Augustina Naa Kawrley Kwartey, the Minister in Charge.

Reverend Kwartey charged believers to cultivate the culture of singing to praise God, “no matter where we find ourselves, songs honours God.”

Mr Evans Asante, the Union President, who conferred the honour on Nii Afotey-Agbo, a former Greater Accra Regional Minister, said it was in recognition of his dedication to the Presbyterian Church and commitment to the Ga Choirs’ Union.

He said the former Minister had consistently raised the banner of the Presbyterian Church throughout his political and other professional career and demonstrated unwavering support for the growth of the Union.

Nii Afotey-Agbo, in acknowledging the honour and appreciation, said throughout his years of service to the country in various capacities he never encountered any problem, attributing the feat to God’s favour and grace.

“I can boldly say that I have held positions for the past 16 years in this country and it has been by the grace of God. I have never consulted for powers from any other source because I serve only the Omnipotent God.”

Nii Afotey-Agbo said people who go elsewhere for spiritual and physical protection only invited shame into their lives.

He also called on Christians to lead, preach and pray for peace to reign supreme in the land irrespective of political affiliation or which party is in government, adding “without a peaceful atmosphere we cannot worship God.”

He encouraged all persons to be faithful in their dealings wherever they find themselves and establish peace.

Nii Afotey-Agbo expressed his utmost gratitude for the appreciation demonstrated by the Union and pledged continuous support towards the work of God.

He later donated an undisclosed amount of money to the Ga Choirs’ Union and the Christ Presbyterian Church.