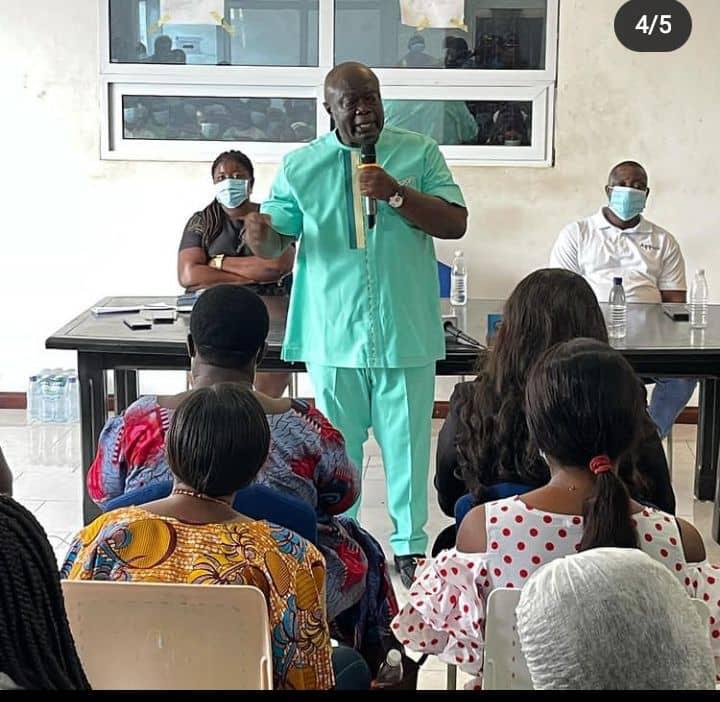 The nation’s premier distillery company, the Ghana Industrial Holding Corporation (GIHOC), under the management of Maxwell Kofi Jumah, has held a staff durbar as part of efforts to engage workers to address some of their concerns and needs.

GIHOC Distilleries, established in 1958, operates under the Ministry of Trade and Industry.

The gathering brought together all workers of the firm and also offered the Managing Director (MD), Maxwell Kofi Jumah, the opportunity to listen to some of challenges they are facing.

During the interactions, the workers were given the platform to air their challenges to be addressed by their MD, Mr Jumah.

This paved the way for the clearance of all doubts following a viral media publication by some so-called concerned faceless workers of GIHOC.

Some of the workers, who spoke to the media, described the response to them as appropriate and promising.

The workers admitted that through the current MD’s leadership GIHOC has witnessed tremendous growth which has profited them.

The staff durbar was held transparently with a section of the media including some bloggers to help them gain insight into the workings of the company and to authenticate the release circulating on social media.

Mr Jumah used the platform to address some allegations levelled against him by that anonymous group.

The group accused the GIHOC MD of alleged mismanagement, age cheating among others.

“We were paying so much to a security company and I realised there was the need to cut down cost so we didn’t renew that security company’s contract. We are now using our own internal security,” he explained.

He added that: “Even in politics, I have helped some people and now they are ministers but I am still at GIHOC, but it does not mean I should envy them; I will rather support that person and always thank God for that. If you are a parent you should always pray for your children to be better people,” he said.

In an interview with the Media Relations Manager, Afua Foriwaa Boafoh, she recalled that Mr Jumah was appointed in 2016 after the general election to rescue GIHOC when GIHOC was in total collapse.

“Four years into his administration, fortunes have improved as the company’s production level has shot up to about 400%. Under Maxwell Kofi Jumah, more and more people have been engaged, with better remuneration for workers. He has been reappointed by the current government to manage affairs of the beverage company,” she said.