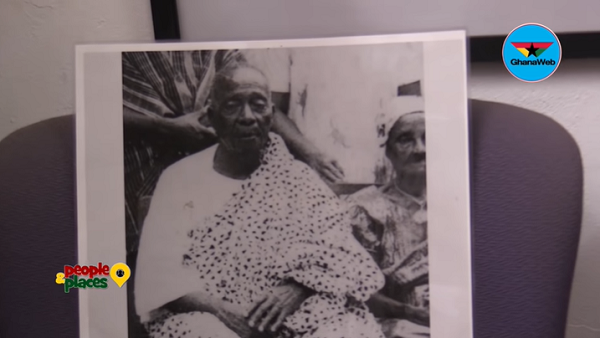 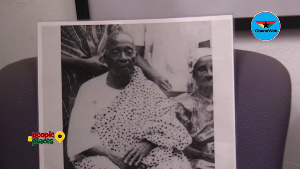 play videoJ.K Bruce Vanderpuije is the owner of the Deo Gratias Studio in Ghana

• It was established by Ghanaian-born Bruce Vanderpuije

• The studio has beautiful memories captured in black and white photographs

He was only 23 when he started capturing beautiful photographs with his first camera. For him, it was a way to tell beautiful stories and capture amazing memories but little did he know that several years after his demise, the world would come to appreciate the work he had done.

J.K. Bruce Vanderpuije was his name. The owner of Deo Gratias studio in Ghana. The studio is now 98 years and has many black and white photos which date way back into the 1930’s and 40’s, even before Gold Coast became Ghana.

What you don’t know about this man is what motivated him to capture these photographs, and exactly how he went about it.

“My dad did tell me that he had a very difficult childhood. His parents were not very wealthy and so when he took to photography, he realized he could afford to buy a camera and take pictures of people and earn a living, he was excited.

“He admired what people wore, what he could see. He thought ‘I think I can take pictures of all these people’ people will come in later and he could share what he took at either a festival or some other place of interest.”

On when he took the very first studio, Mrs. Tamkloe said,

“I’ve seen a lot of photos in the archives but which particular picture he took in that year would be very difficult to tell but I look at them and their hairstyle and I assume maybe amongst 100, one of them was the first.

“That must have been in the late or early 80s when he wasn’t too well, that is when I believe he stopped because going out wasn’t so easy for him.”

Today, the photo studio sits pretty in the heart of James Town where many can visit and enjoy the pleasure of seeing the age-old photographs and hearing the stories behind them.

Soon enough, age caught up with him and that’s when his wish to preserve these pictures and show them to generations after, led him to hand over to one of his sons who had previously been sent to the states by Dr. Kwame Nkrumah to study photography.

“He handed over to his son, Isaac Hudson Bruce Vanderpuije. When his dad was growing old and not too well, he said, ‘please you need to come back to the studio, take over and continue what he started.

Kindly watch the full video to catch a glimpse of some of these photographs below: