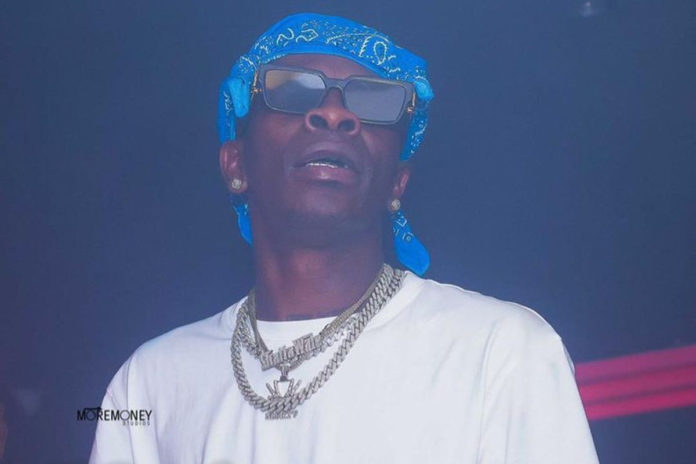 Recall cable television network MTV announced this year’s nominations for the various categories for the 2021 MTV Video Awards a couple of days ago and Ghana and Nigeria were well represented.

Both Shatta Wale and Wizkid received their nominations in this year’s edition of the awards via the effort they displayed in making Beyonce’s Lion King album, the Gift album. Shatta Wale was nominated alongside Beyonce for the ‘Best Art’ category with the music video of their song, ‘Already’.

Wizkid on the other hand was nominated in two categories with his song with Beyonce titled ‘Brown Skin Girl’ been nominated in Best R&B and Best Cinematography categories.

It’s at this point that Shatta Wale took to his official Twitter page to congratulates his fellow musician for the achievement. His tweet was met with mixed reactions from social media users as many believe he’s chasing ‘clout’ with his tweet.

Check out the tweet and some of the comments below;

[email protected]·9hReplying to @shattawalegh@wizkidayo and @MTVEbei Wale…Wizkid wey u trashed sometime bck be ur blood? U banned him frm coming to Gh, gave warning shots while shouting his name bla bla blaa …ur inconsistency is getting out of hand. Nii. #VMAs2021

Glory [email protected]_andyHRP·9h….and did u see them perform at the fantasy dome to quash it during Ghana meets Naija? Ppl don’t make up? They fight perennially? I always ask, what does having sark in ur name do to you pple? Cos u seem to lose any sense of reasoning.

[email protected]·9hReplying to @shattawalegh@wizkidayo and @MTVDon’t be surprised shatta said http://this.my “blood” Because he knows his root from Nigeria. If you are Ga, bro you’re a Nigeria. I mean yoruba for the matter.