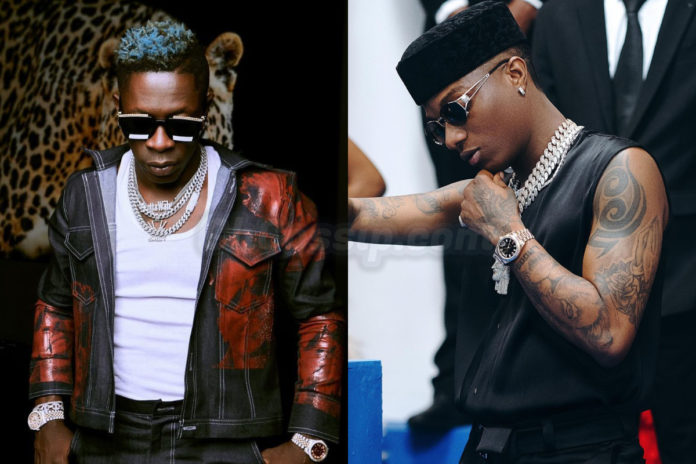 Recall this year’s nominees for the 2021 edition of the awards were announced a couple of days ago and Shatta Wale himself bagged a nomination under the year of review with his contribution to the making of the Beyonce’s Lion King: the Gift album.

Shatta Wale was nominated in the ‘Best Art’ category in this year’s edition of the awards alongside American singer Beyonce and Major Lazer for the track ‘Already’ of which some section of the video was shot in Ghana.

Wizkid on the other hand also bagged two nominations this year also with the part he played in the making of the Beyonce album. He was also nominated alongside Beyonce for the Best R&B and Best Cinematography with the song ‘Brown Skin Girl’.

Well, Shatta Wale has congratulated his fellow African brother for the contribution they both gave to the album and the achievement. Shatta Wale also took the opportunity to project the African continent to the world.

Taking to micro-blogging site Twitter on his official page, the ‘ Kill Them With Prayers’ hitmaker wrote; “Congrats to my blood @wizkidayo@MTV#VMAs2021 1Africa 1People 1win“.

Recall Shatta Wale and Wizkid had their own differences a couple of years ago after the Dancehall star went on social media rants disregarding the Afrobeats singer of being a superstar. The two quash their ‘beef’ that very same year at the annual ‘Ghana Meets Naija’ concert.

READ MORE: Please Help Him- Kwadwo Sheldon Squashes His ‘Beef’ With Kweku Smoke As He Pleads For Support For The Rapper